15 of the Best Dark Fantasy Games and Compare Prices

“You want to play a Dark Fantasy Games, but don’t know which one to choose?

Luckily Allkeyshop is here to help you with this top 15 of the best Dark Fantasy Games!”


Kill King Arthur once and for all and rebuild Camelot from the ashes. Lead a band of heroes from six classes, assign them skill points, equip them with items, and treat their wounds and curses. Complete the campaign and unlock the endgame, where more quests, epic bosses, and a god-king await.

Explore a forgotten land by completing quests and defeating powerful enemies. Upgrade your weapon and collect new items as you become a formidable warrior. Penumbra is full of traps, platforming challenges, and rewards to be discovered.

4. ENDER LILIES: Quietus of the Knights

Explore a dark 2D fantasy and kill powerful foes to release them from their curse. Uncover secrets of Land’s End, utilize melee, ranged, and magic attacks, and choose the abilities to best suit your playstyle. Fight alongside your knights and learn to attack and evade with precision.

5.Bloodstained: Ritual of the Night

Play as the sole survivor of a massacre and attempt to save yourself from eternal damnation and break the curse that has fallen upon the land and its residents. Wield the powerful sword, Mea Culpa, unlock combos and special moves, explore varied landscapes, and dismember those that stand in your way with wonderfully gruesome executions. Customize your build through stats and equipment, and free the souls trapped in a world where a dark force tortures those it reaches.

Play the unforgiving life of a medieval mercenary in this challenging turn-based open-world RPG. Boasting more than 100 abilities, more than 200 equipment pieces and no class or level restrictions, you can truly play the way you want to. Battle against numerous factions, brigands and the undead. Master the health system which features bloodletting and cauterizing of wounds and keep your morale high, as losing your sanity can bring panic attacks and paranoia. Discover new settlements, gather and upgrade your caravan, devote yourself to a deity, discover new cooking and alchemy recipes and embark on an epic campaign that will have long-lasting consequences.

Search for a place to call home within a brutal and punishing world. Invite survivors you encounter on your travels to your town and utilize their crafting, foraging, and blacksmithing skills. Study the environment and your enemies to plan and execute devastating attacks.

Fight, fall, and rise against the sources of suffering and save humanity with the Daughters in intense, hardcore combat. Evolve and sacrifice your Daughters, fight against dark creatures, and discover a deep narrative that explores death, power, and loss. Fight epic boss battles and make the tough decisions that will save humanity from itself.

10.Iratus: Lord of the Dead


Finally freed from your imprisonment, fight for the forces of darkness and build a terrifying army featuring skeletons, zombies, and creations you make from your enemies’ body parts. Build an underground lair to house the living dead at your side, learn and take advantage of your enemies’ weakness, unlock talents, and make choices that are irreversible as you work for the side of evil.


Take on an all-new evil in the retro style AMID EVIL, earn your role of champion, and reclaim the weapons and land lost to the corruption that now dominates the world. Fight through seven episodes, each with unique settings and enemies. Charge your weapons with the dead’s souls, defeat the adapting enemies, and uncover secrets across non-linear levels. AMID EVIL is an authentic retro experience for those that love the FPS games of the 90s.

Step into the Ring of Pain and do battle in randomly generated dungeons in a dungeon card crawler where you choose your path. Fight through more than a dozen paths, experience multiple endings, and claim loot and exclusive Hard mode items if you’re willing to try. There are almost 200 items to unlock, over 40 creatures to face, and four different regions to survive in.


Choose from several unique classes and fight through ever-changing maps with a powerful deck built by you. Create combos from dozens of skills, runestones, and items. Customize your character and their development.

Seek immortality in the depths of an endless labyrinth featuring curses, traps, secrets, and corruption. Defeat the creatures that you encounter using swords, spears, guns, and many more. Use light and fire to your advantage, and use unique curses to take down champions and bosses.

Survive the never-ending winter and defeat the colossal enemies you encounter and uncover the mysteries that plague the land. Climb anything, including bosses, glide, swim, and discover hidden treasures in the open-world. Hunt, craft, and build fires to survive. Praey for Gods gives you the freedom to tackle the game how you want, with a non-linear story that encourages exploration and discovery.

Praey for the Gods System Requirements

What is a Dark Fantasy Game? 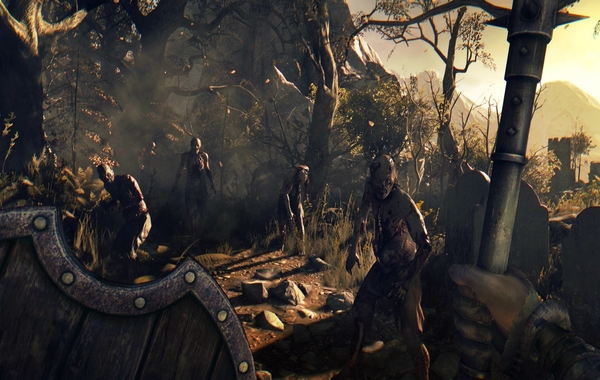 Often, these games will have a story that revolves around a protagonist who is attempting to destroy an evil force or entity.

Why Are We Doing a Top 15 Dark Fantasy Games List?

Dark Fantasy Games are available at incredible prices, but with so many to choose from, we want to help you pick the game that’s right for you.