15 of the Best Strategy Games and Compare Prices

“You want to play an Strategy Games, but don’t know which one to choose?

Luckily Allkeyshop is here to help you with this top 15 of the best Strategy Games!”

Play one of the most popular strategy games ever, now fully remastered with three new campaigns and four new civilizations. Choose between the original AI, the updated HD Edition AI, or the newer AI developed for the Definitive Edition. The game features all of the original campaigns, the expansions and boasts more than 200 hours of gameplay and 1,000 years of human history as you begin your quest for world domination.

Join an epic conflict across ancient China and experience the gripping turn-based campaign the series is famous for in this latest real-time battle title. Form powerful allies or enemies, recruit heroic characters, defeat your enemies with your military, politics, technology, and economy. Commit treachery, betrayals, and experience glorious conquest as you write your legend.

Create and develop your character the way you want to, then explore, raid and conquer your way across a continent in this open-world medieval strategy. Enjoy an incredible single-player campaign or test your multiplayer skills in breathtaking battles that feature skill-based directional medieval combat. Create your character, improve skills through actions, and master perks. Customize the game however you want with in-game tools and share your modded creations with the community.

For the first time, get hold of three incredible Age of Empires games all in one collection, and build your empire through the ages to make it a global powerhouse. Lead civilizations from Europe, Asia, and the Americas and discover leaders that shaped our history in the narrative-driven campaign. Take command of your destiny using mercenaries, pirates, infantry, and skirmishers and dominate the battlefield with a range of weapons, including muskets, grenades, crossbows, and warships.

6. ROMANCE OF THE THREE KINGDOMS XIV

Fight for your colors, fight for the land and conquer China in the latest installment in the Romance of the Three Kingdoms franchise. Battle across a realistic and vast China and conquer over 40 cities across more than 300 regions. Developers, Koei, are well known in the strategy and simulator genres, with their other titles being the Dynasty Warriors and Samurai Warriors series of games.


The Warhammer world comes to life in a breath-taking campaign of exploration, expansion, and conquest, as you control thousands of troops and monsters in epic real-time strategy battles. Level up your Legendary Lords and Heroes, and arm them with mythical weapons and armor. Play as one of eight Legendary Lords and any of the four races, each offering a unique playstyle, campaign mechanics, armies, monsters, and army abilities.

As one of the last remnants of humanity you will need to learn to survive randomly generated challenges and fight back against alien creatures that are thriving underground. Counter your enemy at every turn, build powerful mechs to fight back, recruit fearless pilots, and when defeated send help back through time to another timeline so that humanity gets one more chance at survival.

Explore a new land as a Viking and survive dire wolves and undead warriors as you bid to bring glory to your clan. As a Northman trade, invade and devote your life to the gods as you build your settlement on the new continent of Northgard. Assign your Vikings to jobs such as farmer, sailor, or warrior, and manage your resources to get through the harshest winter that you have known. Play against the AI or friends, and head online to climb the ranks and become a Norse God.

Control a squad of BattleMechs and MechWarriors and take part in an interstellar civil war in squad-based turn-based combat. Use terrain, weapons, and special abilities to gain an advantage in battle. Take on missions across space, manage your reputation with factions, and fight against the bloody attempts by a deposed ruler to retake her throne. Customize and upgrade your units, use dozens of BattleMechs, recruit MechWarriors and drop into single-player or multiplayer game modes.

Build an empire from the six unique factions, and conquer the planets in this vibrant, turn-based strategy game. Explore wastelands, megacities, and deserts and develop your colony through technology and social improvements in a story-driven single-player campaign featuring random map generation. Play several single-player and multiplayer game modes and discover a variety of ways to win, including conquest, diplomacy, or doomsday technologies.

Survive the harsh terrain of Siberia in the new contracts-based system and experience pure sniping gameplay with the latest game from CI Games. The all-new dynamic reticle system offers the most realistic and intense sniping experience of any game to date. The game features open-ended contracts, bounties, and challenges that deliver strong replayability options to eliminate targets and collect cash for upgrades.

Explore a post-human Earth as a mutant and search for the legendary Eden as you battle humanoids, animals, and other mutants. A turn-based combat game, use stealth, exploration, and tactics in real-time. Discover a world without civilization, buildings are in ruin, and streets are empty. Survive long enough to find the answers you search for, or die trying.

Battle for trade on a colonized Mars in a dynamic single-player campaign and hold off the competition of multiple companies and their aggressive CEOs. Jump online and compete against others in matches that support up to eight players, and make the tough choices of when to buy and sell to control the market.

What is a Strategy Game?

A strategy video game focuses on tactical and strategic challenges and requires a high-level of planning and execution to accomplish victory. 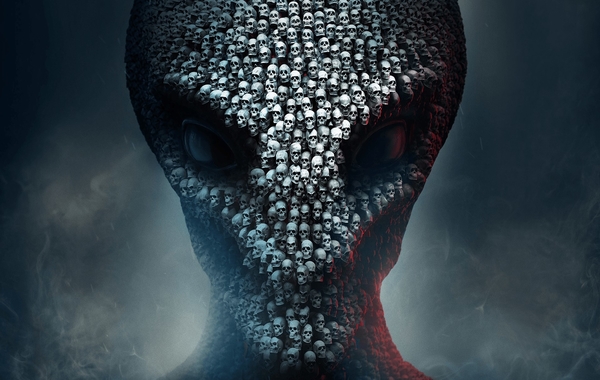 You can break strategy games down into the following sub-genres:

Real-time strategy games happen in real-time with all the decisions and actions happening simultaneously.

Why Are We Doing a Top 15 Strategy Games List?

Strategy Games are available at incredible prices, but with so many to choose from, we want to help you pick the game that’s right for you.