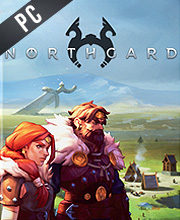 What is Northgard CD key?

It's a digital key that allows you to download Northgard directly to PC from the official Platforms.

How can I find the best prices for Northgard CD keys?

Northgard is one of the prettiest titles in the genre, and with a very addicting gameplay loop, players are sure to spend several dozen hours to it.

Northgard is a surprising, elegant RTS that’s laden with a very dull story.

All in all, it has to be said that Northgard is an extremely promising premise. It has a good storyline with challenging campaigns. While there are some minor hiccups here and there, overall, it’s an awesome addition to the RTS genre.

The Viking Age Edition includes all available clan DLC’s and the game’s soundtrack.

Northgard Nidhogg, Clan of the Dragon

The clan of the lynx is the clan most attuned to nature, they can command the most powerful wild animals of Northgard to fight for them on their behalf, hunt down animals to gain hunting trophies to empower Brundr & Kaelinn the clan’s lynx guardians.

Find all the best prices for Northgard DLC on Allkeyshop!

Zoom 1m 3m 1y All
Track product
EPIC GAMES KEY : Region Free / Worldwide. Requires Epic Games Launcher App in order to play the game. You need to create a free account here in order to download Northgard from Epic Plateform . Read the description on the store page about any language or country restrictions.
GOG.COM CD KEY : You need to register on Gog.com, then use the GOG Key to download and activate your game to play Northgard.
ORIGIN CD KEY : Use the Origin Key Code (Electronic Arts - EA) on Origin Platform to download and play Northgard. You have to login to your Origin Account or create one for free. Download and install the Origin Software HERE) then you can activate the game on it. Once installed, start Origin, click on the Origin Tab and click on Redeem Product Code and just enter the key. The game will appear in your My games list.
EU STEAM CD KEY: Requires an EUROPEAN IP address or you must activate it with a VPN (Virtual Private Network) in order to play Northgard. Might have languages restrictions or language packs. Read the description on the store game page to know if the EU IP is only needed for activation or for playing also (maybe on EU Servers). Most of the stores offer you their help, or show you how to do this with a tutorial to follow.
EUROPEAN STEAM GIFT : It’s a steam gift for Europe which requires an European IP address to activate and to play Northgard on Steam. Read carefully the store description about region and language restrictions.
STEAM GIFT : A Steam gift is a one-time transfer you receive. You activate and install Northgard to play on Steam, it is a non-refundable game that stays in your Steam games collection. Please read the store description about any language or region restrictions.
STEAM CD KEY : Use the Steam Key Code on Steam Platform to download and play Northgard. You must login to your Steam Account or create one for free. Download the (Steam Client HERE). Then once you login, click Add a Game (located in the bottom Left corner) -> Activate a Product on Steam. There type in your CD Key and the game will be activated and added to your Steam account game library.
STEAM KEY ROW : It means for Rest Of the World countries which are not concerned by the region restrictions. This product can't be purchased and activated in Several countries. Please read the store description to know the full list of countries which are concerned. Use the key to Download and play Northgard on Steam.
Limited Edition
Standard Edition
Compare Choose & Buy Download (743)