15 of the Best PS4 Games and Compare Prices

“You want to play a PS4 Game, but don’t know which one to choose?

Luckily Allkeyshop is here to help you with this top 15 of the best  PS4 Games!”

Explore and discover the beautiful Tsushima, equip powerful armor and weapons sets, and as Jin, fight back against the Mongol horde that threatens your home. Use nature to uncover new landmarks, head for smoke plumes to enemies, people in need, or villages. Learn to block, dodge, and parry against enemies where timing and precision are crucial to survival. Your survival is the only thing that can save Japan.

Play as Ellie and set off on a journey to bring to justice those that ruined the only peace you’ve had in years. Blur the lines of good and evil, and challenge your morals in a story filled with adventure, dangerous enemies, and intense combat situations.


This Sony exclusive is an epic tale of a father and son duo trying to fulfill a deeply personal quest while surviving in hostile lands. Experience true close-quarters combat and defeat massive and brutal enemies. Use tactics, master deadly weapons, and finally be the father your son deserves.

Search for your own place within the Spider-Man universe as Miles Morales, Peter Parker’s mentee, and take back control of New York for the forces of good. Use all-new weapons, gadgets, and skills as you web-sling your way across your new vibrant home. Use the new adaptive triggers of the DualSense controller, experience ultra-fast loading times, and discover a new Hero’s legend at its beginning.

Web-sling your way through a unique Spider-Man adventure, and take on powerful criminals as you attempt to keep your personal life from spiraling out of control. In this latest Spider-Man, combat is more improvised and creative, acrobatics feel more dynamic, and interacting with the environment is more fluid than ever. Explore a massive New York with no limits and take on some of the Spider-Man franchise’s most prominent villains, including Scorpion, Kingpin, and Electro.

Save the multiverse from Neo Cortex and N. Tropy in this epic adventure that bends time and challenges reality. Play as Crash and Coco and take down epic bosses, use unique abilities, travel alternate dimensions, and reunite the four Quantum Masks as Crash Bandicoot enters the next-gen.


Ride the open road and survive a deadly pandemic as a bounty hunter, fighting off against Freakers and humans. Explore the Pacific Northwest, customize your weapons and skills, and upgrade your drifter bike. Ride to forget your loss, and discover a reason to live once more.

PS4 games play on Sony’s PlayStation 4 series of consoles, including the PS4, PS4 Slim, and the PS4 Pro. 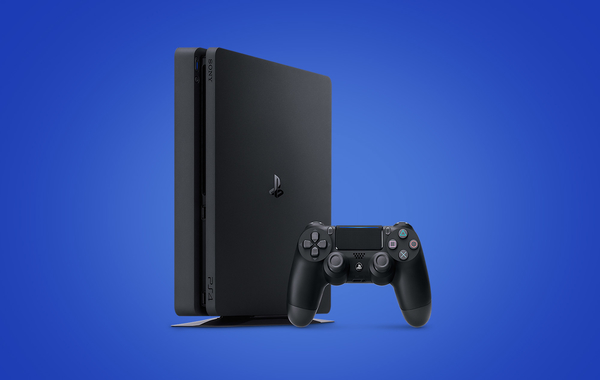 PS4 games benefit from 60 FPS at 1080p resolution and can take advantage of the DualShock 4 controller, PlayStation Camera, and PlayStation VR headset.

PlayStation 4 games are available in physical form on Blu-ray Disc or downloaded via the PlayStation Store.

Why Are We Doing a Top 15 Nintendo Switch Games List?

Playstation 4 Games are available at incredible prices, but with so many to choose from, we want to help you pick the game that’s right for you.

Sekiro and pes 20 are missing from the list. I think they deserve to be from the first of the list..

Wauw, why is borderlands still so expensive, it’s a old game pff