15 of the Best Robot Games and Compare Prices

” You want to play a Robot Games, but don’t know which one to choose?

Luckily Allkeyshop is here to help you with this top 15 of the best Robot Games! “

Control a squad of BattleMechs and MechWarriors and take part in an interstellar civil war in squad-based turn-based combat. Use terrain, weapons, and special abilities to gain an advantage in battle. Take on missions across space, manage your reputation with factions, and fight against the bloody attempts by a deposed ruler to retake her throne. Customize and upgrade your units, use dozens of BattleMechs, recruit MechWarriors and drop into single-player or multiplayer game modes.

As one of the last remnants of humanity you will need to learn to survive randomly generated challenges and fight back against alien creatures that are thriving underground. Counter your enemy at every turn, build powerful mechs to fight back, recruit fearless pilots, and when defeated send help back through time to another timeline so that humanity gets one more chance at survival.

Pilot your Titan and drop into an epic single-player campaign packed with action, or take your Titan into intense online PvP battles. Titanfall 2 offers more Titans, more lethal Pilot abilities, and plenty of customization for your Pilot, Titan, and loadouts, helping you stand out in the heat of battle.

Defend humanity from the corrupted machines in a post-apocalyptic setting in your fully customizable Arsenal mech. Team up with other players in co-op mode or battle against them in 1v1 or 2v2 Versus Modes to climb the leaderboard rankings. Fully customize your mech and avatar and even go under the knife to receive extensive body modifications to learn new skills. Salvage defeated enemies for parts and weapons that you can use on the fly on the battlefield.

Suit up and save Earth in massive battles that will have a long-lasting impact on the universe. Fight intelligent enemies, take down fleets, defend structures, and engage in tactical dogfights as you rip your enemies apart piece by piece. The game features multiple endings, award-winning music, joystick support, and support for three monitors.

Fight for survival and take on the Ravagers as the Earth Defense Force. Select from four unique classes, complete more than 80 missions, and master hundreds of weapons. Play solo or with friends in online co-op and repel the alien invasion that threatens the planet.

7. Clone Drone in the Danger Zone

Survive deadly trials and slice your way to glory and entertain your audience with your fighting skills. Play through multiple game modes, including Story, Endless, Twitch, and Challenge Mode. Upgrade your robot, defeat unique enemies, unlock achievements, and communicate in emotes in this whacky, fast-paced laser sword battle game.

Go back to the home of scares and survive the animatronics all over again in classic and original mini-games. Get hired again and go up against Freddy, Bonnie, Foxy, and Springtrap in games, including all previous FNAF titles. Repair ventilation systems, work on broken animatronics, lock yourself in the guard office, and unlock all-new collectibles in normal or VR mode.

Defeat Skynet in Terminator: Resistance, a first-person shooter set during the Future War with humanity at the mercy of the machines. Level up, search for things to trade and craft and choose whether to shoot or sneak your way past the intelligent and terrifying AI. Bring an end to the machines and change the fate of the characters you meet by the actions you take.

Play as two bipedal robots, either solo or with a friend, and work together to complete challenges, overcome obstacles, and interact with the world around you. Collect loot, customize your robots, uncover secrets, discover new environments, and solve puzzles to reach the planet’s beacons.

Live out the stories of human-like androids, and make moral decisions that will have lasting effects on the world and your place in it. Every decision you make matters, with multiple endings ensuring that no playthrough will be the same. Death does not stop the story, as there is more than just life and death at stake in 2038, Detroit. Now fully optimized for PC with 4K, 60 FPS, and mouse and keyboard support.

Survive in 1980s Sweden and find the truth of what happened to the missing population. Explore the open world, learn when to avoid and when to strike against the mechs that roam the now empty land. Team up and play with up to three friends in deadly online co-op, and unlock 1980s style clothes and hairstyles to look the part.

Explore a world of ruins, puzzles, and mystery and uncover the truth of who you are and why you exist. Complete more than 100 puzzles, learn to use drones, laser beams and replicate time. Make choices and move through the puzzles your way, with every decision you make having the potential to have deadly consequences.


The huge standalone expansion to Planetary Annihilation offers massive Titans, new units, and more intense offline and online battles. Command thousands of units at once across multiple planets, take part in epic real-time combat, and fight in single-player or online multiplayer. Dominate your enemies with deadly weapons and units, and win games by destroying entire planets.

What is a Robot Game?

A robot video game will feature robots as the primary theme, either with the player directly controlling robots or facing them as an enemy. 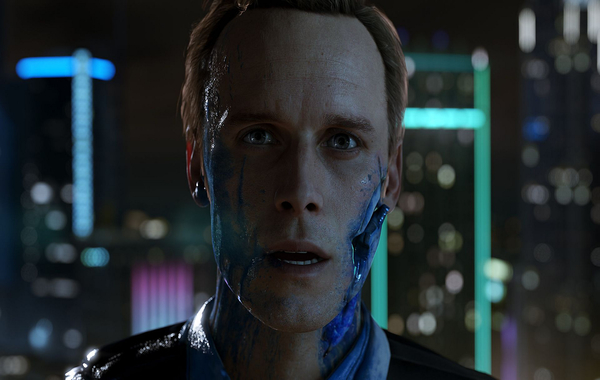 Robot games are often set in futuristic worlds, can be classified as sci-fi, and feature robots as the reason for humanity’s survival or destruction.

Robot games challenge us to think of technology as something more and ask us to build a relationship with something man-made to understand its potential and place in the world.

Why Are We Doing a Top 15 Post-Apocalyptic Games List?

Robot Games are available at incredible prices, but with so many to choose from, we want to help you pick the game that’s right for you.