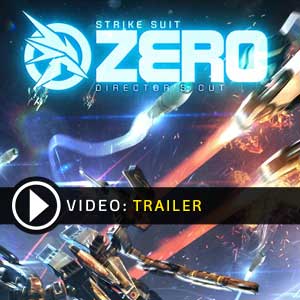 It's a digital key that allows you to download Strike Suit Zero Director's Cut directly to PC from the official Platforms.

How can I find the best prices for Strike Suit Zero Director's Cut CD keys?

Strike Suit Zero: Directors Cut is a solid space shooter that offers a well-crafted balance between arcade blasting and tactical challenge. Go and discover a beautiful and vibrant universe, with an epic story consisting of 17 unique missions.

Engage intelligent enemy fighters and take on gargantuan capital ships, exploiting weak points in their super-structure to blow them apart piece by piece. Upgrade your Strike Suit and customize your weapon load-outs to tailor combat to your tastes. Take advantage of six crafts, including three Strike Suits, to experience dogfighting action as you’ve never seen it before.

The Director’s Cut is the revamped version of the game featuring a next-gen graphical overhaul, restructured campaign and additional content which includes the Heroes of the Fleet campaign. If you are checking this game out as a solo game, this game is amazing. Great story, fun gameplay, fast pace, decent music, nice steam backgrounds.

Zoom 1m 3m 1y All
Track product
GOG.COM CD KEY : You need to register on Gog.com, then use the GOG Key to download and activate your game to play Strike Suit Zero Director's Cut.
STEAM CD KEY : Use the Steam Key Code on Steam Platform to download and play Strike Suit Zero Director's Cut. You must login to your Steam Account or create one for free. Download the (Steam Client HERE). Then once you login, click Add a Game (located in the bottom Left corner) -> Activate a Product on Steam. There type in your CD Key and the game will be activated and added to your Steam account game library.
Limited Edition
Standard Edition
Compare Choose & Buy Download (743)

Nice space shooting game , worth getting only on discount