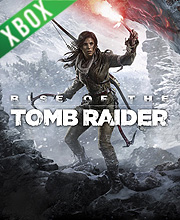 What is Rise of the Tomb Raider Game Code?

It's a digital key that allows you to download Rise of the Tomb Raider directly to Xbox One from Xbox Live.

How can I find the best prices for Rise of the Tomb Raider on Xbox one?

Allkeyshop.com compares the cheapest prices of Rise of the Tomb Raider on the digital downloads market to find the best sales and discount codes on trusted stores.

I spent many hours playing that awesome game. Very nice plot!!!!! Recommended for every adventure player.

Great game, really liked the other chapters, this is not the best but i enjoyed it to

I have played the older game series on PS1. and I’m sure this one will be fun as well!

Game looks good, full of adventure and action. It seems to be better than the previous parts. Hope i get this in the giveaway

best game, best graphics 11/10 but is cheaper for pc idk why.