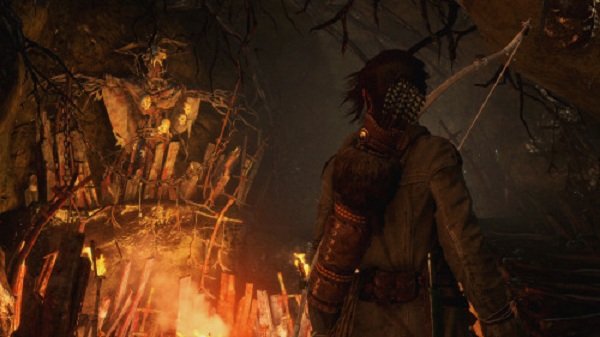 Unlike the Endurance Mode DLC, the Baba Yaga: The Temple of the Witch DLC is the first expansion that is story-focused. It will bring Lara Croft to a forbidden forest, the Wicked Vale, hidden deep in the Siberian wild. In her mission to search for a missing man, Lara finds herself entangled in an unexplainable nightmare. Is this a mere legend, or something that’s caused by the witch, Baba Yaga?

The Rise of the Tomb Raider Baba Yaga DLC will add hours of new gameplay as well as a new outfit and bow for Lara. The game’s story will be expanded, featuring new deadly enemies, puzzle filled tombs, a decades-old mystery waiting to get solved, plus a showdown with an ancient mythical evil.

Rise of the Tomb Raider Baba Yaga DLC will be available as part of the game’s Season Pass, and is the second DLC to be released for the game. The third DLC, Cold Darkness Awakened, will be available later this year and will feature survival challenges.

Are you excited for Rise of the Tomb Raider’s release for the PC? What aspect of the game are you looking forward to? Leave us a comment below!

this game is awesome!
hope to see more dlcs in the future