Rise of the Tomb Raider Continues With Its Success on PC 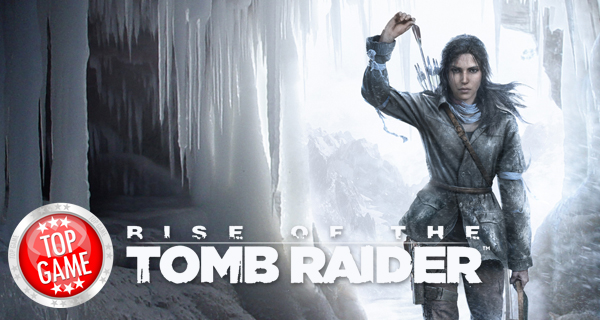 After its release on the Xbox, Rise of the Tomb Raider has been receiving rave reviews from critics and gamers all over. With all the hype created before it gets released to the PC, and its release following suit, critics took to rating site Metacritic to share their thoughts about the game’s PC version. We listed down some of the best reviews below and also highlighted what each of them cited as the game’s pros and cons.

Also included on this list are reviews from some of the major video game websites in the world. Enjoy!

Rise of the Tomb Raider was one of the best games of 2015 and nothing has been lost in the months since its release. On PC it can look even more spectacular, so just buy it, yeah.

-Some visual anomalies/graphical glitches found to be displayed during cutscenes

Rise is a strong and confident step forward for the new series, but I’m still unconvinced it’s heading in a direction that I particularly like. This new Lara Croft is in danger of becoming a character constantly in the act of becoming something with no clear idea of how to portray that thing once she arrives.

-Puzzles are satisfying, not overly challenging, and are tied to a single solution

-Combat intervals are too predictable

-Rise of the Tomb Raider is not a globe-trotting game, so you’ll find yourself trapped in a single location for most of the game’s running time.

A little too streamlined in places, but Rise of the Tomb Raider does a lot to improve upon its predecessor.

-Tons of graphic options are available, which includes various ways to customize/tweak the experience.

-There’s not more danger in the game

-In terms of the game’s exploration, collectibles feel more like the end goal, rather than a bonus

-Puzzles are solved through comfortable and familiar interactions

Overall, Rise of the Tomb Raider is an excellent game with a greater focus on exploration punctuated with well-designed battles – battles which play even better on the PC due to faster input response and higher frame-rates. Nixxes has produced a solid version of the game that takes great advantage of the PC platform – just make sure your hardware is ready to be pushed.

-Visual features: A host of PC exclusive options enabled by Nixxes expands and refines the game

-The game is very responsive on the PC; it has a transformative effect on the quality of the game’s combat experience

-All settings are dynamically adjustable in-game

-The game can be demanding to run on High and Very High presets; adjustments need to be made on less capable PC systems… those planning to max out settings without using the latest hardware will more likely run into performance issues.

Other Critic Comments (From Metacritic)

“An excellent conversion that runs smoothly on almost every PC. Improves the Xbox One version on the graphical side, without losing any content on the original versions of the game.” – IGN Spain, 93/100

“Rise of the Tomb Raider will not be as memorable as the first reboot because it’s doing quite the same things without taking risks, but it’s still a really great game. The PC version is very good and Crystal Dynamics did a good job.” – Gameblog.fr, 80/100

Have you played Rise of the Tomb Raider on PC yet? Let other gamers know what you think about the game as well as your experiences in the comments below!

tomb raider is the best game.
this game have a strong story and game play .

8/10 All is good but when must open mouth in the game not cutscene is bad.