15 of the Best Xbox Series X Games and Compare Prices

“You want to play an Xbox Series X Games, but don’t know which one to choose?

Luckily Allkeyshop is here to help you with this top 15 of the best Xbox Series X Games!”

Explore the frozen moon of Europa and uncover the secrets buried deep within the ice. As a Guardian, you will wield the new elemental power of Stasis, with each class utilizing it in unique ways. Complete new quests, unlock rewards and play as all-new subclasses.

Enter the world of The Master Chief and battle across the stars in one of the biggest ever first-person shooter franchises. Drop into the campaign or instant matchmaking across Halo CE, Halo 2, Halo 3, and Halo 4. The collection features new customizable options, new seasonal and weekly challenges, and new game modes, all with PC settings and optimizations such as 4K, mouse and keyboard support, and 60+ FPS.

The Gears of War franchise enters the turn-based genre in this fast-paced squad-based fight for survival against the Locust Horde. Set 12 years before the first Gears of War, Play as Gabe Diaz and recruit and upgrade a group strong enough to defeat Ukkon and the Locust army. Customize your soldiers through skills and loot, and complete missions featuring fast, intense combat and massive boss battles that will test your strategies.

Unravel Ori’s destiny and embark on a new journey that takes you across a vast and exotic world, forcing you to defeat incredible enemies and solve challenging puzzles. Players take on Ori’s role, a white guardian spirit, tasked with moving between platforms and solving puzzles.

Ori and the Will of the Wisps PC System Requirements

Carve your way through an award-winning adventure in the latest souls-like action game from legendary developers FromSoftware. The game focuses on combat, exploration, and stealth, with particular emphasis put on boss battles. Though it takes place in fictional areas, some inspiration comes from real-world locations in Japan.

The world has fallen to The Swarm and humanity is on the brink of destruction, and the only hope is you and your squad. The game features an in-depth campaign, allowing for up to 3-player online co-op action, with multiple modes, including Escape, Versus, and Horde. The Map Builder allows you to create custom maps and share them with your friends.

Play Tetris like never before with all-new single-player, co-op, and competitive game modes. Play Classic Score Attack mode, featuring the classic controls and settings, challenge another in Score Attack mode, see who can get the best score, or jump into Connected mode and join with others to connect pieces and take on bosses.

NBA 2K21 drops with improvements in graphics, gameplay, game modes, and online features. Build a star-studded roster in MyTEAM, enter the neighborhood and play in 1v1, 3v3, and 5v5 matches, or compete in official 2K events. Experience what it’s like to be a sports star and blur the lines between video games and the NBA with unrivaled immersion.

What is an Xbox Series X Game ? 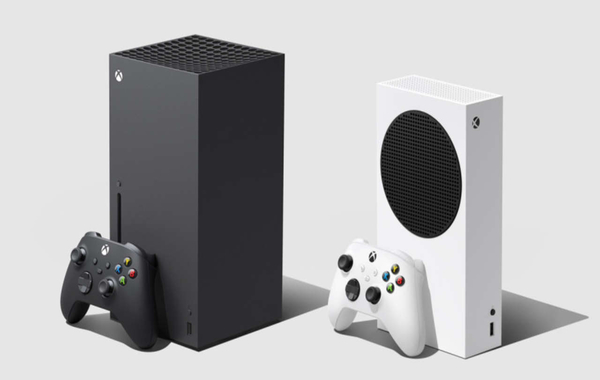 Xbox Series X games can be bought and downloaded digitally via the Microsoft store or online sellers.

Why Are We Doing a Top 15 Xbox Series X Games List?

Xbox Series X Games are available at incredible prices, but with so many to choose from, we want to help you pick the game that’s right for you.