15 of the Best Moddale Games and Compare Prices

“You want to play a Moddable Games, but don’t know which one to choose?

Luckily Allkeyshop is here to help you with this top 15 of the best Moddable Games!”


Enter the world of Skyrim once more and discover the game that won more than 200 Game of the Year awards now in virtual reality. Meet unique characters, complete epic quests, join and fight guilds, and battle against dragons in an all-new level of immersion for the franchise. Explore Tamriel and the official add-ons, Dawnguard, Hearthfire, and Dragonborn, and become the legend that will save the world all over again, with support for the HTC Vive, Valve Index, and Oculus Rift.


Build, create, and maintain automated factories to produce items of increasing complexity within an infinite 2D world. Create huge factories in co-op multiplayer and collaborate and delegate tasks between you. Chop trees, mine ores, and crafting mechanical arms and transport belts. Mine for resources, research technologies, build infrastructure, automate production, and fight enemies as you become an industrial powerhouse.

Lead a space program intended to get Kerbals into space and take complete control of design, construction, and experiments. Build rockets and spaceships, hire and train the Kerbal crew, scan for anomalies using satellites, and research and develop new technologies to improve your space program. Mod the game to enhance environmental visuals, add new parts, add custom sections to the HUD, and improve statistics and feedback from your spaceship in real-time.

Build the city the people deserve in this open-ended city-building simulator from Finnish game developers, Colossal Order. Balance essential requirements such as education, water. electricity, police, fire fighting, healthcare and much more along with your city’s real economy system. Build or improve on existing maps and share them on the Steam Workshop.

Take command of a ship and its crew on a challenging journey through a procedurally generated galaxy where there is only victory or permadeath. Manage your ship and crew, deciding between weapons and power, and unlock upgrades with the help of alien races. Mods can add famous ships from Star Trek and Star Wars, add characters from your favorite books and shows, and trade items between save files.

Explore the award-winning world of Los Santos and Blaine County in Rockstar North’s masterpiece, Grand Theft Auto V. For the first time, use the Rockstar Editor to capture, edit and share gameplay footage. Stage your own scenes using the game’s characters, pedestrians, and animals. Jump into Grand Theft Auto Online’s various modes, with support for 30 players and two spectators. From its budget of $265 million, it is reported that GTA V has now sold more than 115 million copies and made more than $6 billion, making it the most successful entertainment title ever.

Take your grandfather’s old farm plot and the few coins you have, and turn the land into a thriving home. Build, farm, work together, and share resources as you improve your skills across multiple areas of expertise with farming, mining, combat, fishing, and foraging. Download mods to customize characters, add new furniture, tweak dialogue, modify items, and add animated portraits.

Take command of any nation in World War 2 and lead that nation to victory in the most engaging conflict in history. Experience total strategic war, winning over land, air, and sea. Use diplomacy, engage in trade for resources or battle your way to victory in snow, mud, and storms. Download mods to rebalance the game, change the era, improve AI, improve historical accuracy, and play the game in real-time.

Stay ahead of the Empire in Respawn’s third-person action-adventure that sees you travel the galaxy as an abandoned Padawan to rebuild the Jedi Order. Explore the galaxy and uncover ancient forests, windswept rock faces, and haunted jungles. Use your lightsaber in immersive combat, striking, parrying, and dodging with the Force’s aid. The player character, Cal, fights exclusively with his lightsaber, which is customizable. He can also acquire new skills, regenerate health, and replenish his Force energy at meditation circles.

What is a Moddable Game?

A moddable video game allows players to modify and personalize its elements. 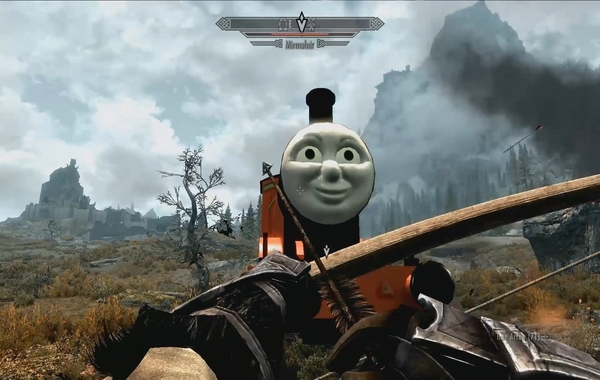 A mod can tweak or overhaul a game, including how it looks, plays, and behaves.

Why Are We Doing a Top 15 Moddable Games List?

Moddable Games are available at incredible prices, but with so many to choose from, we want to help you pick the game that’s right for you.