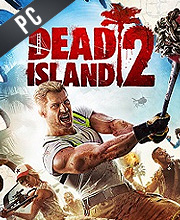 What is Dead Island 2 CD key?

It's a digital key that allows you to download Dead Island 2 directly to PC from the official Platforms.

How can I find the best prices for Dead Island 2 CD keys?

Dead Island 2 is an action, role-playing video game that is developed by Sumo Digital and published by Deep Silver. This is the sequel to Dead Island.

This is the first time that the game will not be taking place on an island but in different locations of California. It offers an open world with the events of the game set months after the events of Dead Island and Escape Dead Island.

California is put under full quarantine by the United States Armed Forces because of a new zombie outbreak. There are three main locations that you are able to play in and two of which are Los Angeles and San Francisco.

There will be vast exploration as well as over-the-top survival. Get to choose your character from the elite crew that are immune to the zombie virus. Hordes of zombies will be after you, giving you melee combat at its finest. Get to craft your gear to kill the zombie scum from motorized grinders to electric machetes.

Also, get to play with up to 8 of your friends in seamless zombie multiplayer, being able to drop in and out of shared survival adventures.

Play alone or with a friend, you will surely enjoy dismembering zombies in the huge zombie playground.

why try selling this game becouse they have not even do it or they never gonna do it??

This is funny game, good gameplay..better play with friend!

this game looks really cool.
when i got money, i will give it a try

awesome game, good graphic and gameplay
the game worth buying!