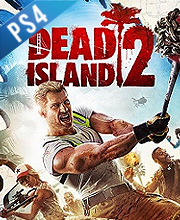 What is Dead Island 2 Game Code?

It's a digital key that allows you to download Dead Island 2 directly to Playstation 4 from PSN (Playstation network).

Dead Island 2 is an action–role-playing-game published by Deep Silver and developed by Sumo Digital for PS4.

The game takes place a few months after the events of Dead Island. The United States Armed Forces has placed California in a full quarantine restricted zone as a result of a new zombie outbreak.

Dead Island 2 features the open world of Los Angeles, San Francisco, and an unnamed third location in California. The game comes bearing a unique combat system, much different from that of its predecessors. However, the game does possess some of the features from the previous titles like the Rage and crafting systems.

Acquire a copy of Dead Island 2 then prove you have what it takes to survive the wrath of the cannibalistic undead.

While there area few glitches in game play, it provides a solid game experience both in SP & Co-op mode for those playing game. Highly recommend you catch it while its on sale for even better value, runs without issues on Windows 10 Prof. X64.