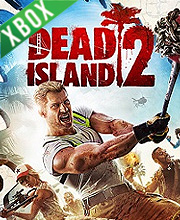 What is Dead Island 2 Game Code?

It's a digital key that allows you to download Dead Island 2 directly to Xbox One from Xbox Live.

How can I find the best prices for Dead Island 2 on Xbox one?

Dead Island 2 is a survival action–role-playing-game published by Deep Silver and developed by Sumo Digital for Xbox One.

The game ensues only a few months after the events of Dead Island, when the United States Armed Forces has had to place California in a full quarantine restricted zone. This was due to a new, seemingly uncontrollable zombie outbreak.

Dead Island 2 takes place in the open world of Los Angeles, San Francisco, and an unlisted third location in California. The game has a unique combat system that is much different from that of its predecessors. However, the title does possess some of the features from the previous iterations like the Rage and crafting systems.

Grab a copy of Dead Island 2 then prove you have what it takes to survive the wrath of the cannibalistic undead.