15 of the Best JRPG Games and Compare Prices

“You want to play a JRPG Games, but don’t know which one to choose?

Luckily Allkeyshop is here to help you with this top 15 of the best JRPG Games!”

Join Ryza and her friends as they go through new adventures and farewells to discover what true treasure is. The story is set three years after the previous game where Ryza reunites with her friends. This latest game from the series features more action-packed real-time battles, thanks to an improved real-time tactics battle system.


The fifth chapter of the Kazuma Kiryu saga is here. Play as former “legendary yakuza” Kazuma Kiryu who tries hard to conceal his identity while fulfilling an important person’s dream. This all goes down the drain when all of Japan’s yakuza organizations are dragged to war, and Kiryu has to face this battle once again.

Discover an epic journey of eight characters, each with unique stories and side quests, as they battle monsters and destiny to fulfill their potential. Utilize abilities, skills and talents, and destroy your enemies by targeting weak points in refined turn-based combat.

Solve digi-mysteries as a detective or hacker, and discover a world of adventure, Digimon, and secrets. Take part in turn-based battles, collect hundreds of Digimon, raise them, and evolve them. The Digimon universe comes to life in this delightful game that offers thrilling stories and solid online PvP action.

The classic 1995 RPG lands on modern computers fully remastered from the ground up with updated graphics, character voiceovers, a new episode, and a new class. Select a party of three from several characters and watch the story change with the decisions you make. Customize your characters with new abilities and develop a playstyle that suits you.

15.The Legend of Heroes Trails of Cold Steel 3

Discover new and past characters of the series and explore the Empire’s land in a deep and engaging story. Combat is easy to master, with new features such as Break System and Brave Order. Uncover dark plots, interact with unique characters, and save a continent destined for war and destruction.

The Legend of Heroes Trails of Cold Steel 3 System Requirements

What is a JRPG Game?

A JRPG is an eastern role-playing video game that originates from Japan. 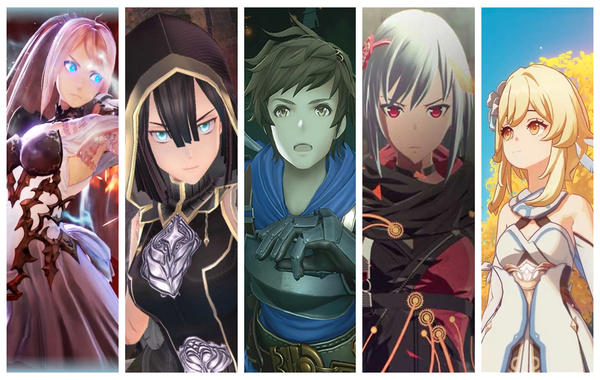 A game is often defined as a JRPG if it has one or both of the following:

Why Are We Doing a Top 15 JRPG Games List?

JRPG Games are available at incredible prices, but with so many to choose from, we want to help you pick the game that’s right for you.