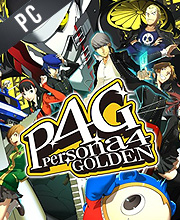 What is Persona 4 Golden CD key?

It's a digital key that allows you to download Persona 4 Golden directly to PC from the official Platforms.

How can I find the best prices for Persona 4 Golden CD keys?

Allkeyshop.com compares the cheapest prices of Persona 4 Golden on the digital downloads market to find the best sales and discount codes on trusted stores.

In the rural town of Inaba, Unexplained murders have occurred, where bodies are found dangling from television antennas and their cause of death being unknown. A young lad who recently moved to Inaba, along with his friends accidentally enters the TV world where various dungeons filled with monsters known as Shadows await. Persona 4 Golden, an enhanced port of PlayStation 2’s Persona 4 is now made available for PCs. It is the 5th installment of the Persona series, developed and published by Atlus.

Persona 4 Golden is a genuine, bona fide work of art, and one of those games that show the potential for the video game format to offer more than cheap thrills. It’s one of those games that you get the feeling will be remembered as a masterpiece well into the future too. With most AAA blockbusters falling out of the public discourse just a few months after release because they offer nothing but passive entertainment, it’s games like Persona 4 that we continue to discuss. Even in comparison to its own sequel, it seems to have the combination of characters, narrative, and ideas that help it to continue to be worthy of thought. We’ll still be talking about Persona 4 fifty years from now, and hopefully, it remains as accessible as this new PC release has allowed it to become.

Atlus’ classic Japanese role-playing game makes a surprise jump to PC, bringing with it the Carl Jung-inspired story and exciting monster-slaying action that makes it a beloved series entry. If you missed Persona 4 Golden’s original PlayStation Vita release, or simply wish to revisit the game, you can now enjoy the masterpiece in its best form.

Persona 4 Golden on PC is the best thing that could have happened to this game. Once held to Vita exclusivity, many new gamers can discover all the great moments that this adventure has to offer. Add in the inclusion of a few PC-only graphic enhancements and Japanese audio, and you now have the definitive version of this timeless RPG.

Zoom 1m 3m 1y All
Track product
EU STEAM CD KEY: Requires an EUROPEAN IP address or you must activate it with a VPN (Virtual Private Network) in order to play Persona 4 Golden. Might have languages restrictions or language packs. Read the description on the store game page to know if the EU IP is only needed for activation or for playing also (maybe on EU Servers). Most of the stores offer you their help, or show you how to do this with a tutorial to follow.
EUROPEAN STEAM GIFT : It’s a steam gift for Europe which requires an European IP address to activate and to play Persona 4 Golden on Steam. Read carefully the store description about region and language restrictions.
STEAM GIFT : A Steam gift is a one-time transfer you receive. You activate and install Persona 4 Golden to play on Steam, it is a non-refundable game that stays in your Steam games collection. Please read the store description about any language or region restrictions.
STEAM CD KEY : Use the Steam Key Code on Steam Platform to download and play Persona 4 Golden. You must login to your Steam Account or create one for free. Download the (Steam Client HERE). Then once you login, click Add a Game (located in the bottom Left corner) -> Activate a Product on Steam. There type in your CD Key and the game will be activated and added to your Steam account game library.
STEAM KEY ROW : It means for Rest Of the World countries which are not concerned by the region restrictions. This product can't be purchased and activated in Several countries. Please read the store description to know the full list of countries which are concerned. Use the key to Download and play Persona 4 Golden on Steam.
Deluxe Edition
Standard Edition
Compare Choose & Buy Download (743)