15 of the Best Horror Games and Compare Prices

“You want to play a Horror Games, but don’t know which one to choose?

Luckily Allkeyshop is here to help you with this top 15 of the best Horror Games!”

From Crysis’s makers comes a new competitive first-person PvP bounty hunting game with heavy PvE elements, set as the sun is falling on the Wild West. Play in games with up to 12 Hunters and hunt monstrous targets to be the first group to claim the bounty and escape. Death results in the loss of your items, loot, and character for good.


Jump into a hardcore four-player cooperative first-person PvE shooter with a focus on team play and atmosphere. Plan your expedition, equip and operate tools, combine your firepower, communicate, and coordinate as a team. Search the complex for information and resources to solve the objectives and make it back alive.

Set in Raccoon City, you play the stories of rookie police officer Leon Kennedy and college student Claire Redfield as they attempt to make sense of a deadly zombie outbreak. Resident Evil 2 is a remake of the 1998 game of the same name. Unlike the 1998 game, which uses tank controls and fixed camera angles, the remake is an over-the-shoulder third-person shooter. Upon completing the campaign for the first time, players can then play through the 2nd Run as the other character where the story runs concurrently with the first playthrough.

Explore a mysterious ever-changing house and uncover a terrifying story through surreal images and environmental details. Those that have died in the house will haunt you by following and watching every move you make. Stay in the light, watch your sanity, and find the truth hidden in the shadows.


Fight the undead, scavenge through the flooded ruins of New Orleans and face gut-wrenching decisions – all in virtual reality. Survive your way. Face the undead with guns blazing, or sneak and hide amongst them. Earn valuable resources doing missions and risk your life to protect or murder anyone who stands in your way. Use melee, ranged, and makeshift weapons. Knock undead heads clear off, creep through streets, and scavenge and scale sides of buildings, cars, and walls to ambush enemies. It’s your life, live The Walking Dead.

Go back to the home of scares and survive the animatronics all over again in classic and original mini-games. Get hired again and go up against Freddy, Bonnie, Foxy, and Springtrap in games, including all previous FNAF titles. Repair ventilation systems, work on broken animatronics, lock yourself in the guard office, and unlock all-new collectibles in normal or VR mode.

The next chapter in the series launches with more scares, a darker atmosphere, and more terrifying events. A cinematic horror, uncover the truth of an abandoned town and work together to escape the evil that relentlessly hunts you. Play offline or online with up to five others and survive when all hope is lost.

12. We Were Here Together

Do everything you can to solve the puzzles and escape the frozen wastes – the only requirement is that you must once more do it together. Solve challenging puzzles together through ten individual chapters to uncover the dark story and the truth of “the Jester.” Use walkie-talkies to communicate, describe and explain what you see, and work together to complete the puzzles.

Experience a unique way to enjoy games with the cinematic Man of Medan. The first part of an anthology, the game puts five friends in a fight for survival when a diving trip turns into a nightmare. Go alone or with up to five friends and survive aboard a ghost ship, but be careful as all playable characters can live or die depending on the choices you make.

Explore the Sehwa district as you flee the horrors that drive you from the deserted school and into the shadows. Avoid the Dark Song as it relentlessly hunts you by hiding or completing tasks to remain concealed. Scavenge for resources, craft items, and unlock tools and upgrades as you progress through the terrifying story.

What is a Horror Game? 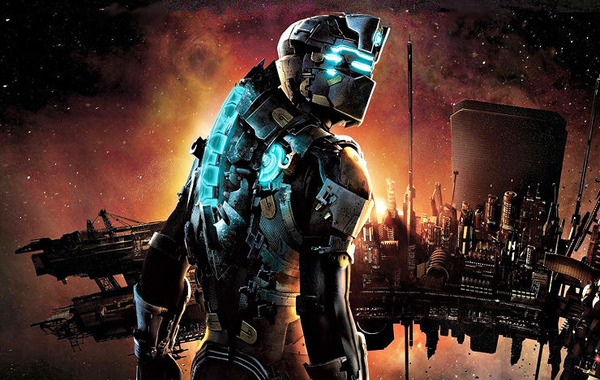 Why Are We Doing a Top 15 Horror Games List?

Horror Games are available at incredible prices, but with so many to choose from, we want to help you pick the game that’s right for you.