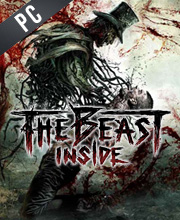 What is The Beast Inside CD key?

It's a digital key that allows you to download The Beast Inside directly to PC from the official Platforms.

How can I find the best prices for The Beast Inside CD keys?

Allkeyshop.com compares the cheapest prices of The Beast Inside on the digital downloads market to find the best sales and discount codes on trusted stores.

The Beast Inside is a story-driven Survival horror game set in two eras Boston 1979 and the 19th century, two lives separated centuries apart connected by a mysterious diary. Our story begins in 1979 when Adam a cryptanalyst working for the CIA decides that he needs the peace and quiet of the countryside to solve an important cipher that could reveal information that could tip the scales of the cold war in America’s favor. But in the attic of the house, they were staying in lies the aforementioned Diary belonging to Nicholas Hyde a man who lived there centuries ago. Once opened brought Hyde’s nightmares to Adam’s century and sealed their two fates together.

How impressive is this grueling horror experience? I guessed the ending mere minutes into the demo earlier this year, and yet when it came time to play the full game, I still found myself getting caught up in the twists and turns. That’s right — even knowing the ending before going in, the journey was so powerful that I’m glad to have taken it, and would recommend that any fan of the first-person horror do the same.

Overall I was very impressed by The Beast Inside not only for the visual aspects but also for the story of how the game was developed and came to be.  This game was started on Kickstarter and within a reasonable amount of time reached its goals and then some. There is defiantly a few scenes that will stay in my memory, that aside everything is going to be rather memorable.

Zoom 1m 3m 1y All
Track product
GOG.COM CD KEY : You need to register on Gog.com, then use the GOG Key to download and activate your game to play The Beast Inside.
STEAM EN KEY : Steam EN Key to download and play The Beast Inside in English language only. Read the store description carefully about language and restrictions.
EU STEAM CD KEY: Requires an EUROPEAN IP address or you must activate it with a VPN (Virtual Private Network) in order to play The Beast Inside. Might have languages restrictions or language packs. Read the description on the store game page to know if the EU IP is only needed for activation or for playing also (maybe on EU Servers). Most of the stores offer you their help, or show you how to do this with a tutorial to follow.
EUROPEAN STEAM GIFT : It’s a steam gift for Europe which requires an European IP address to activate and to play The Beast Inside on Steam. Read carefully the store description about region and language restrictions.
STEAM CD KEY : Use the Steam Key Code on Steam Platform to download and play The Beast Inside. You must login to your Steam Account or create one for free. Download the (Steam Client HERE). Then once you login, click Add a Game (located in the bottom Left corner) -> Activate a Product on Steam. There type in your CD Key and the game will be activated and added to your Steam account game library.
Standard Edition
Compare Choose & Buy Download (772)