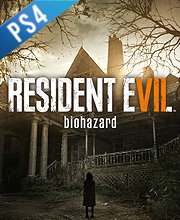 It's a digital key that allows you to download Resident Evil 7: Biohazard directly to Playstation 4 from PSN (Playstation network).

How can I find the best prices for Resident Evil 7: Biohazard on Playstation 4

Allkeyshop.com compares the cheapest prices of Resident Evil 7: Biohazard on the digital downloads market to find the best sales and discount codes on trusted stores.

If you’ve never played Resident Evil games before and you’re a fan of the horror genre, go out and buy RE7 immediately. Either way you’re a winner; I really can’t recommend it any more highly. Grab a Jill sandwich, some green herbs, and show off your master unlocking skills… the survival horror king is back.

Whether you play on PC or console, VR or not, just play. Resident Evil 7: Biohazard is a remarkable accomplishment and a truly triumphant return of a storied franchise. Masterfully executed on all fronts, this game will leave a lasting impression on you long after you’re done.

Joe baker a long-lost family member of the Baker family has come home, a rugged survivalist of the swamp he has trained himself in hand-to-hand combat. Use his unique set of skills to rescue Zoe and end the family’s long history of bloodshed and madness.

I wanted to buy the PC version but then i found out only the PS4 version supports VR so im going with this one soon.

Hi! i live in Finland and i have cross accounts with my friend so IF i buy this account version does it still work on my account?

The game will work on your account yes. I don’t know what you mean by cross accounts with your friend, but your main account will be able to play Resident Evil 7. Please note that only one Playstation 4 can add the Resident evil 7 account as primary and play on it.

Hi Marc, when buying games you should choose the product code that works in your country.