15 of the Best Anime Games and Compare Prices

“You want to play an Anime Game, but don’t know which one to choose?

Luckily Allkeyshop is here to help you with this top 15 of the best  Anime Games!”


Dance to the music in this cute and colorful rhythm game, where your ability to keep to a beat determines victory. Play to more than 30 songs, several music styles, multiple scenes, enemies, and bosses. Dance, kick, and get into the rhythm with Muse Dash.

Enjoy endless spectacular fights with more than 20 all-powerful fighters from the incredible DRAGON BALL series, including Gohan, Vegeta, Goku, Kefla, Broly, and Gogeta. Get to grips with aerial combos, destructible stages, and 3v3 tag-team action in 60fps and 1080p resolution in ranked matches, interactive lobby, crazy 6-player party match, and an exclusive story mode that has a brand new character.


The DJMax rhythm game series is rebooted with brand new game modes, music, and music videos. The game offers several game modes, including AIR Mode, Open Mode, and Ladder Mode, which offers a competitive online multiplayer for the first time in the franchise. There are more than 150 unique tracks and exclusive videos in the game, from artists like Marshmello, Porter Robinson, and Yukika.

Compete in 4v4 online battles to determine who the best ninjas are in the graphically stunning SHINOBI STRIKER. The game features a dynamic 3rd person perspective that lets players take advantage of the arena. There is a new graphic style for the game built from the ground up, offering better visuals and more vivid colors for characters and maps. Players can control their favorite Naruto characters, including Naruto, Sasuke, and even Team 7.

Enter the ultimate arena all over again, now with new mechanics, new arenas, and all-new characters. Block, counter-attack, and attack in a blur in weapon-based moves across several single-player and online game modes. Characters include Yoshimitsu, Geralt from The Witcher series, and Inferno that acts as the game’s only unlockable character.

12. Bloodstained Ritual of the Night

Set out on an epic adventure as King Evan and save your people from the evil that they flee by building a new kingdom. Stick to the main quests and save your people, or keep them waiting by exploring villages, towns and dungeons in the game’s open world. Build and mange your kingdom, making sure your kingdom has enough shops, materials, weapons and armor. Fight enemies using melee, magical abilities and using the Higgledies – small creatures existing in several forms, each with their own unique strengths.

Blur the lines between RPG and fighting game in Granblue Fantasy: Versus, featuring fully-voiced characters in both English and Japanese, and more than a dozen playable characters. Play through the story in RPG Mode, upgrade characters and weapons, or jump into Versus Mode and battle it out with activated skills with a touch of a button.

What is an Anime Game?

An anime game is a hand-drawn and computer animated video game set on the distinctive art style of Japanese studios. 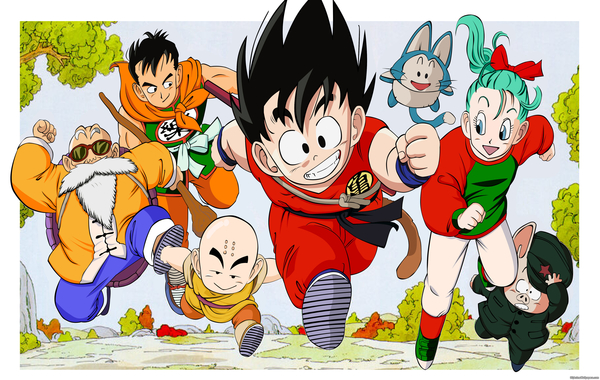 Anime games are commonly based on TV shows, films, or manga originating from Japan and featuring the same characters.

We can find anime games in all genres, with most featuring some form of combat or being a fighting game altogether, such as DRAGON BALL FighterZ and Jump Force.

Why Are We Doing a Top 15 Anime Game List?

Anime Games are available at incredible prices, but with so many to choose from, we want to help you pick the game that’s right for you.