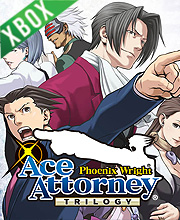 It's a digital key that allows you to download Phoenix Wright Ace Attorney Trilogy directly to Xbox One from Xbox Live.

How can I find the best prices for Phoenix Wright Ace Attorney Trilogy on Xbox one?

Phoenix Wright Ace Attorney Trilogy brings the legendary courtroom drama visual novel series to Xbox One for the first time ever. Experience the first three games in the series, all remastered in gorgeous high-definition. Play through 14 chapters of gripping judicial narratives and use your cunning detective skills to prove the innocence of your clients in every case.