15 of the Best Action Games and Compare Prices

“You want to play a Action Games, but don’t know which one to choose?

Luckily Allkeyshop is here to help you with this top 15 of the best Action Games!”


Fly the most advanced fighter jets in the world and fight through intense missions as an ace. Learn the art of dogfighting and survive in the most hostile combat zones set in an alternative history. Fly dozens of aircraft and use more than 40 weapons across several game modes, and do it all in VR.


Survive together in this top-down survival horror spanning more than 250km. Select from eight unique characters, and wield your weapon of choice, from shotgun to flamethrower, as you tackle a dozen unique monster types. Play solo or in online co-op with up to 4-player support.

Play as a Hunter or a Witch and play the most epic game of hide and seek. As a Hunter you will search through maps using the tools at your disposal to detect and trap the Witches. Witches are tasked with escaping the Hunters and can mimic any physical object and can use spells to fly or distract the Hunters.

Slash your way through a cyberpunk world as you climb a tower to take revenge on the Keymaster that awaits at the top. Jump, dash, and slide through the levels, with one hit meaning your death. The world has suffered an apocalypse, and the only way to survive is to fight.

Become the Slayer the Earth deserves and defeat the armies of Hell in an epic single-player demon-killing campaign. DOOM Eternal brings back all the favorite weapons from the franchise, including the Combat Shotgun, Heavy Cannon, Rocket Launcher, Plasma Rifle, and the BFG 9000. Enemy bodies now become progressively destroyed in combat as they take damage.

Take to the streets and go back to the “good old days” in Streets of Rage 4. The game features 12 unique stages, hand-drawn graphics, and for the first time up to 4-player offline co-op action. Fight in the streets, against friends in Battle Mode or work together to defeat the boss in Rush Mode.

Assemble your team of Heros and play through an epic and original story set in the Marvel Universe. Build up your Hero roster and unlock skills and gear for each Hero. Battle AIM and bring your enemies to justice for the events of A-Day in a flexible combat system that offers 4-player co-op and scaling difficulty.

Take your place amongst a bloody battlefield set in the trenches of WW1 and fight in intense 50v50 battles. Cooperate with your team and work together to push forward against the enemy lines. Weapons are historically inspired, the gore and violence realistic, and the combat brutal.

What is an Action Game?

Action games focus on challenging the player through physical, hand-eye, and reaction-time obstacles. 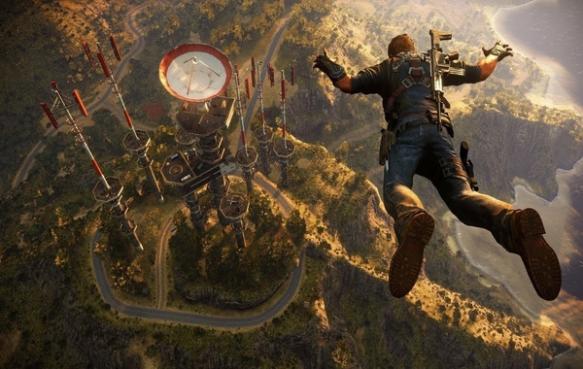 In an action game, the player will typically have a health bar or hit points and must fight their way through levels designed to be challenging and requiring multiple attempts.

Players may need to solve puzzles, complete platforming challenges, and defeat enemies and bosses through combat.

Action games can be put into many subgenres, such as the following:

Why Are We Doing a Top 15 Action Games List?

Action Games are available at incredible prices, but with so many to choose from, we want to help you pick the game that’s right for you.