It is the season to be jolly and what else can make it more jolly is Christmas themed video games! This year, there were many games that went festive and joined into the holiday cheer. Most of them having their characters in holiday themed outfits, having environments dawned with Christmas decorations and some having special Christmas themed missions added. All in the spirit of the holiday season.

We have made a list of the games that have the Christmas themes below! 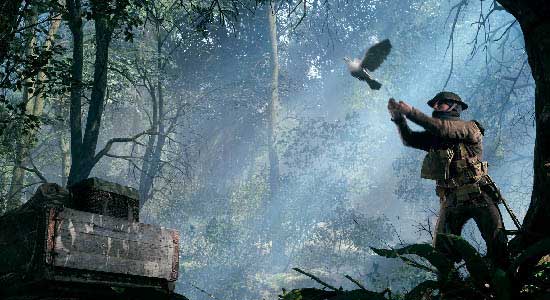 The Battlefield 1 Holiday Event game out a new game mode called the “Blind Delivery” where you will use War Pigeons. There is also a “Holiday Truce” dog tag as well as vehicle skins. There will also be battlepacks given out. The Call of Duty: Infinite Warfare 12 Days of Winter event will have its players logging in each day for 12 days to get their free item. The gifts are available from 9 PM PT up until 8:59 PM PT the following day. 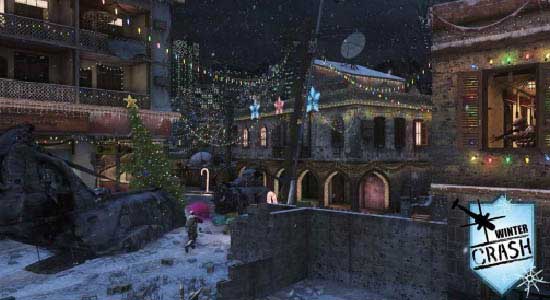 To celebrate the holiday season, Call of Duty Modern Warfare Remastered has a new holiday-themed map called the Winter Crash. 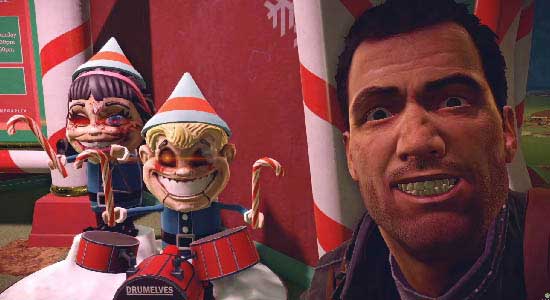 To celebrate the holiday season, Dead Rising 4 called the Stocking Stuffer Holiday Pack where West and the zombies are dressed up as snowmen and elves. The DLC will also include new weapons, a new suite as well as a new vehicle. The DLC can be purchased for €5 or as part of the Season Pass for €20. Destiny’s The Dawning has a racing event called the Sparrow Racing League that will have new modes and features that are holiday themed. Also, along with that is the ‘Vanguard Elite’ Strike Scoring mode, themed mystery boxes and so much more. To celebrate the holidays Elder Scrolls Online is celebrating with the New Life Festival. Here, there will be a series of daily quests which are time limited. Completing these will give you rewards from the New Life Gift Box. The Fallout Shelter is having a new look. The whole place is adorned with Christmas decorations from Nuka Cola dispensers wearing Santa hats to wreaths, Christmas trees, snowflakes and even elf costumes. The FIFA 17 Christmas event is called FUTmas (FIFA Ultimate Team). Here, there will be new challenges, mystery packs as well as special tournaments. A special Christmas themed event of Final Fantasy XIV Starlight Celebration will have you going to a quest called Naughty or Nice. To join the quest, you would have to talk to  Amh Garanjy in Ul’dah. This is a happy quest since you will bring “merriment and good cheer to the boys and girls of a local children’s ward”. A simple Christmas update is available for a Final Fantasy XV like Christmas themed photo frames as well as holiday festive goodies. This holiday season Games of War will receive 2 new Christmas themed maps. Along with that is a huge patch with new features. To celebrate the Christmas season GTA Online will have so much going on for them like snow, a new adversary mode called Juggernaut, new content and so much more.

Snow is everywhere in the Guild Wars Wintersday event. It also comes with Christmas decorations, new puzzles and holiday themed items and gifts. 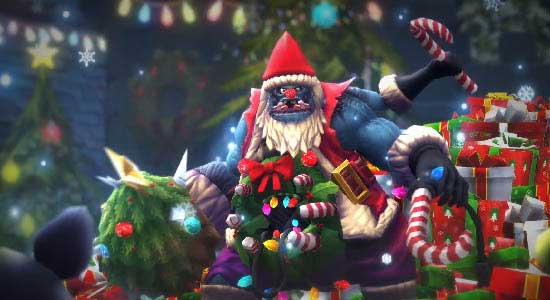 The annual Winter Veil event of Heroes of the Storm is back. Play 25 games during the Winter Veil event (excluding hero brawls) and get to receive two rewards – the Snowflake portrait and the  Treasure Goblin mount. For the holidays, Hitman has a special mission for all its players called the Holiday Hoarders mission. Here you will get to stop two thieves from stealing gifts from the event. You can even wear a Santa Claus suit during the mission.

The King of Fighters XIV The King of Fighters XIV’s holiday season promotion will have a new DLC costume as well as original themes for PS4 of the pop idol Athena Asamiya.

This DLC is free now, however, soon it will become a paid DLC so make sure to grab yours now. Minecraft is having a holiday update that offers new mobs, blocks, items, and so much more. Also, the Merry Bundle which includes the Festive Mash-Up Pack, Skin Pack, and Battle Map This is not for free however and would cost you €6. Go ahead and cook up a storm this holiday with Overcooked. A free DLC is available called Festive Seasoning that will have 8 co-op levels in a Winter Lodge theme; 2 additional chefs: a snowman and a reindeer; two recipes: turkey and stew; a flamethrower; Santa hats; a snowmobile as well as an all new winter map. In the Overwatch Winter Wonderland Event, some of the heroes will have holiday themed costumes, emotes as well as voice lines. Some maps have also been transformed to Christmas winter wonderlands. 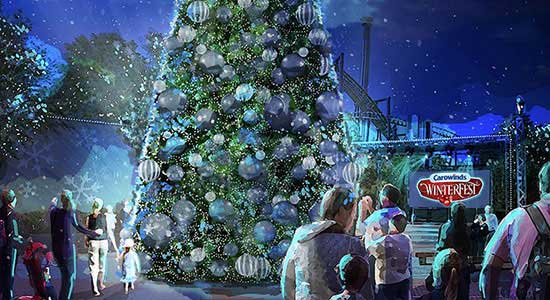 Planet Coaster has a free winter update that contains a holiday-themed content. This will allow you to decorate your park with various holiday themed items. There will also be the Festive King roller coaster in addition to the iron horse transport, sleigh ride, and a cool winter theme. Rainbow Six Siege has certain challenges for you this holiday season which will give you some cool Christmas themed rewards. Your park will surely have a holiday theme in Rollercoaster Tycoon World. Decorate your park with a  snow globe, a gingerbread man, Santa’s sleigh as well as a snowman. Street Fighter 5 is going festive giving its characters holiday themed costumes as well as decorating one of its stages with snow, Christmas trees, gifts, and even a sled. These are not free though, the bundle will cost you €20 and each costume is at €4 and the stage is at €2. The World of Warcraft brings to you the Feast of Winter Veil (December 12 – January 2). Here you will get to rescue a reindeer named Metzen, get back a  stolen present and eat eggnog. Also, for the last six days of the year, you will receive free Winter’s Veil Gifts from the Winter’s Veil Tree (December 25 – 31)

Source of list is Gamespot.com Which of these is your favorite? Did we miss any? Share your thoughts with us in the comments below.