15 of the Best Atmospheric Games and Compare Prices

“You want to play a Atmospheric Games, but don’t know which one to choose?

Luckily Allkeyshop is here to help you with this top 15 of the best Atmospheric Games!”

Build, create, and maintain automated factories to produce items of increasing complexity within an infinite 2D world. Create huge factories in co-op multiplayer and collaborate and delegate tasks between you. Chop trees, mine ores, and crafting mechanical arms and transport belts. Mine for resources, research technologies, build infrastructure, automate production, and fight enemies as you become an industrial powerhouse.


Solve story-driven puzzles as you explore current social-based issues. As a hacker, you will learn to obtain information to help you hack a target’s hardware. The choices you make will affect the story and how others regard you.

As a fresh recruit of Outer Wilds Ventures, uncover the secrets of an ever-evolving solar system and learn the mysteries of a dark past. Discover alien ruins, read ancient alien writing, learn to use gadgets, and cook to survive as you unravel the mystery of a time loop that plagues the solar system. Winner of the Best Game at the 2020 BAFTA Game Awards, Outer Wilds, is worth exploring.

A mafia saga comes to life in this highly detailed, stunning, and epic single-player mob story. Explore prohibition-era and enjoy the architecture, cars, and culture of the 1930s. The Definitive Edition features an expanded story, improved gameplay, and a lot more crime.

Unravel Ori’s destiny and embark on a new journey that takes you across a vast and exotic world, forcing you to defeat incredible enemies and solve challenging puzzles. Players take on Ori’s role, a white guardian spirit, tasked with moving between platforms and solving puzzles. Unlike the first game, The Blind Forest, Will of the Wisps takes on autosaving rather than manually placed soul links.

Aim for the center of the galaxy and visit an infinite number of planets in an open-world crafted by you. Become a fighter, a trader, or an explorer as you meet traders, battle hostile creatures, and unearth the secrets of the universe. Mine for resources, build bases, discover unique biomes, and explore in an ever-expanding and persistent universe.

Carve your way through an award-winning adventure in the latest souls-like action game from legendary developers FromSoftware. Unlike other FromSoftware games such as the Dark Souls series, Sekiro lacks character creation, level up stats, and has no multiplayer elements. The game is focused on stealth, exploration, and combat with particular emphasis put onto boss battles. Though it takes place in fictional areas, some are inspired by real-world locations in Japan.

What is an Atmospheric Game? 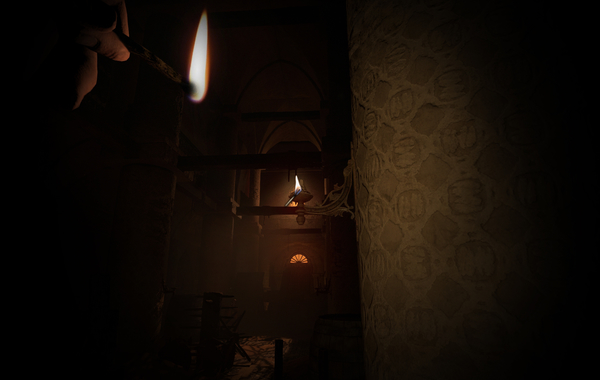 Atmospheric games are highly immersive throughout, with consistent sound, theme, and world.

Atmospheric games successfully use the pace of gameplay and story, whether it’s fast and intense or slow and tense.

Why Are We Doing a Top 15 Atmospheric Games List?

Atmospheric Games are available at incredible prices, but with so many to choose from, we want to help you pick the game that’s right for you.