15 of the Best Adventure Games and Compare Prices

“You want to play a Adventure Games, but don’t know which one to choose?

Luckily Allkeyshop is here to help you with this top 15 of the best Adventure Games!”

Embark on a perilous journey and uncover the mystery of your fate in the 11th mainline installment of the Dragon Quest series. Begin the story as a young man set to participate in a coming of age ceremony and discover the truth of your reincarnation. Enjoy more than 100 hours of content, with the game offering dozens of main and side quests to keep you distracted during your adventure.

Explore vivid worlds and play through an epic story-driven campaign full of over-the-top characters, humor, and revenge. Gather a crew of misfits, travel the galaxy, and discover new settlements, space stations, and locations. Complete quests, make choices that will affect you and your crew, and carve your legend in Obsidian’s latest RPG.


Build and take command of battleships, spaceships, planes, and submarines, and wage strategic warfare against multiple factions across hundreds of islands. Play the entire campaign solo or co-op, begin with nothing but a raft, build up an intergalactic fleet, and design freely with creative mode.

From the Depths System Requirements


Survive a brutal post-apocalyptic world and find a way to make a living in a world where you are the only human. Choose to fight or flee from creatures, claim the land as your own, learn to build, hunt, and craft to survive, and break more than 99% of all objects within the game for materials. Farm the land, fish for food, grow crops and cook to earn permanent stats and abilities. It’s your world, do with it what you want.

Play through the gut-wrenching story from the very beginning, including 23 episodes, four seasons, and all DLC. Jump into the ultimate version of the series with updated lighting, improved lip-syncing, gameplay, and UI.

Play as the Pumpkin Lord and destroy all that is Good so that Evil can prosper. Explore vibrant landscapes and fight using combos, dodging, and perfect timing. Solve puzzles, create paths, and get the help of others on your journey of destruction.

The world has fallen to The Swarm and humanity is on the brink of destruction, and the only hope is you and your squad. The game features an in-depth campaign, allowing for up to 3-player online co-op action, with multiple modes, including Escape, Versus, and Horde. The Map Builder allows you to create custom maps and share them with your friends.

What is an Adventure Game?

Adventure games are narrative-driven interactive experiences, with a heavy focus on exploration and puzzle-solving. 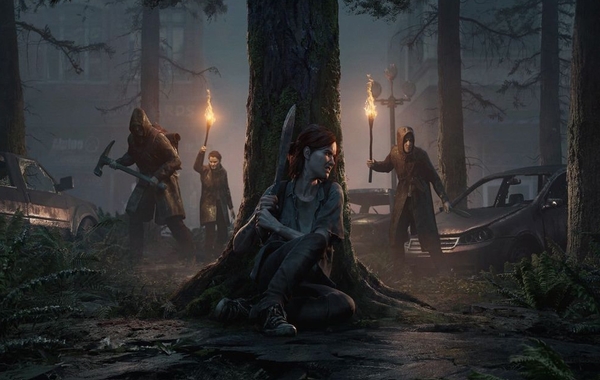 Adventure games are commonly single-player, with the protagonist often undertaking a quest or uncovering a mystery whilst growing personally and emotionally.

There is often heavy dialogue and the player can help influence events and the end of the game with the choices they make during conversations.

There are many subgenres within the adventure category, including:

Why Are We Doing a Top 15 Adventure Games List?

Adventure Games are available at incredible prices, but with so many to choose from, we want to help you pick the game that’s right for you.