15 of the Best Turn-Based Strategy Games and Compare Prices

“You want to play a Turn-Based Strategy Games, but don’t know which one to choose?

Luckily Allkeyshop is here to help you with this top 15 of the best Turn-Based Strategy Games!”


Play as a ruler in the era of Wei, Shu, and Wu. You can select from various game modes, deciding to focus on governing or conquering. Utilize terrain height, and lay siege with battering rams, trebuchets, and catapult.


Reclaim Earth from an alien invasion, utilizing the best minds and soldiers the planet has to offer. The aliens adapt to your tactics and are challenging even as your team grows more powerful. The Year One Edition features all previously released DLC packs, updates, and fixes.

Avenge the King and find the assassin that killed him so that the kingdom can return to peace. The game features procedurally generated maps, events, and challenges. Play together in local or online co-op, and choose to keep your party together or split up to cover more areas.

For The King System Requirements

5.ROMANCE OF THE THREE KINGDOMS XIV

Fight for your colors, fight for the land and conquer China in the latest installment in the Romance of the Three Kingdoms franchise. Battle across a realistic and vast China and conquer over 40 cities across more than 300 regions. Developers, Koei, are well known in the strategy and simulator genres, with their other titles being the Dynasty Warriors and Samurai Warriors series of games.

Board the train to hell and play the strategic roguelike deck-building game. Every playthrough is unique with more than 220 cards, 5 monster clans, over 80 artifacts, and more than 20 unique random events. Strategize, plan, upgrade, and duplicate your cards and complete daily challenges that offer modified runs and global leaderboards. Design your own challenge and share it, or compete online with up to 8 players supported in a dash to hell like never before.

Ruin your friends and end friendships in Shellshock Live, a tactical online multiplayer artillery game with up to 8-player support. Unlock and upgrade hundreds of unique weapons, utilize tanks, items, destructible maps, and playstyles, and earn experience to rise through 100 ranks to prove your dominance on the battlefield.


Control a squad of BattleMechs and MechWarriors and take part in an interstellar civil war in squad-based turn-based combat. Use terrain, weapons, and special abilities to gain an advantage in battle. Take on missions across space, manage your reputation with factions, and fight against the bloody attempts by a deposed ruler to retake her throne. Customize and upgrade your units, use dozens of BattleMechs, recruit MechWarriors and drop into single-player or multiplayer game modes.


Fight on the Eastern Front in a historically accurate World War 2 RTS. The game features 1:1 scale battlefields, with thousands of men, and supply management in an epic single-player dynamic campaign. Utilize more than 600 units, including ground and air units, and take advantage of terrain in offline and online battles.


Take on the role of Guildmaster and command your squad of mercenaries through an adventure where danger, mystery, and plenty of gold awaits. Bandits and demons roam the lands, and people are too afraid to leave their homes. Working alone or in online co-op, lead your team into dungeons, re-open trade routes, discover powerful items, and destroy the horrors that now plague the land.


Conquer the British Isles and wage war with ten playable factions. Face defining moments in history and make choices that will impact the world forever. Immerse yourself in politics, technologies, recruitment, and economics.

Discover an award-winning strategy card game, and uncover 170 unique birds as you attempt to attract the best birds to defeat your opponents. Play in matches of 1-5 players across multiple single-player and multiplayer game modes. Develop your strategies, explore hundreds of cards with real-life bird recordings, and accumulate points through powerful combinations.

Build an empire from the six unique factions, and conquer the planets in this vibrant, turn-based strategy game. Explore wastelands, megacities, and deserts and develop your colony through technology and social improvements in a story-driven single-player campaign featuring random map generation. Play several single-player and multiplayer game modes and discover a variety of ways to win, including conquest, diplomacy, or doomsday technologies.

As one of the last remnants of humanity, you will need to learn to survive randomly generated challenges and fight back against alien creatures that are thriving underground. Counter your enemy at every turn, build powerful mechs to fight back, recruit fearless pilots, and, when defeated, send help back through time to another timeline so that humanity gets one more chance at survival.

Fight for victory in this highly detailed turn-based strategy game, with more than 1000 unique units, each modeled and animated. Take control of all the European theatre’s major powers and battle in dozens of scenarios across multiple offline and online game modes. Once done with the campaign, take advantage of the in-game editor to create your own scenarios or download others for unlimited replayability.

What is a Turn-Based Strategy Game?

A turn-based strategy (TBS) video game has players take it in turns when playing. 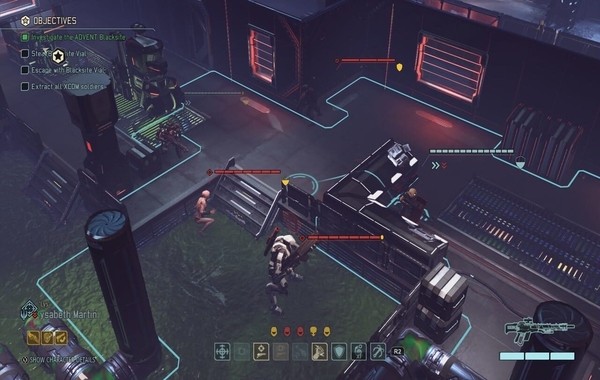 Players strategize, manage resources, and command units before ending their turn and passing the action.

These games are slow-paced, allowing for more thinking time and detailed interactions.

Why Are We Doing a Top 15 Turn-Based Strategy Games List?

Turn-Based Strategy Games are available at incredible prices, but with so many to choose from, we want to help you pick the game that’s right for you.