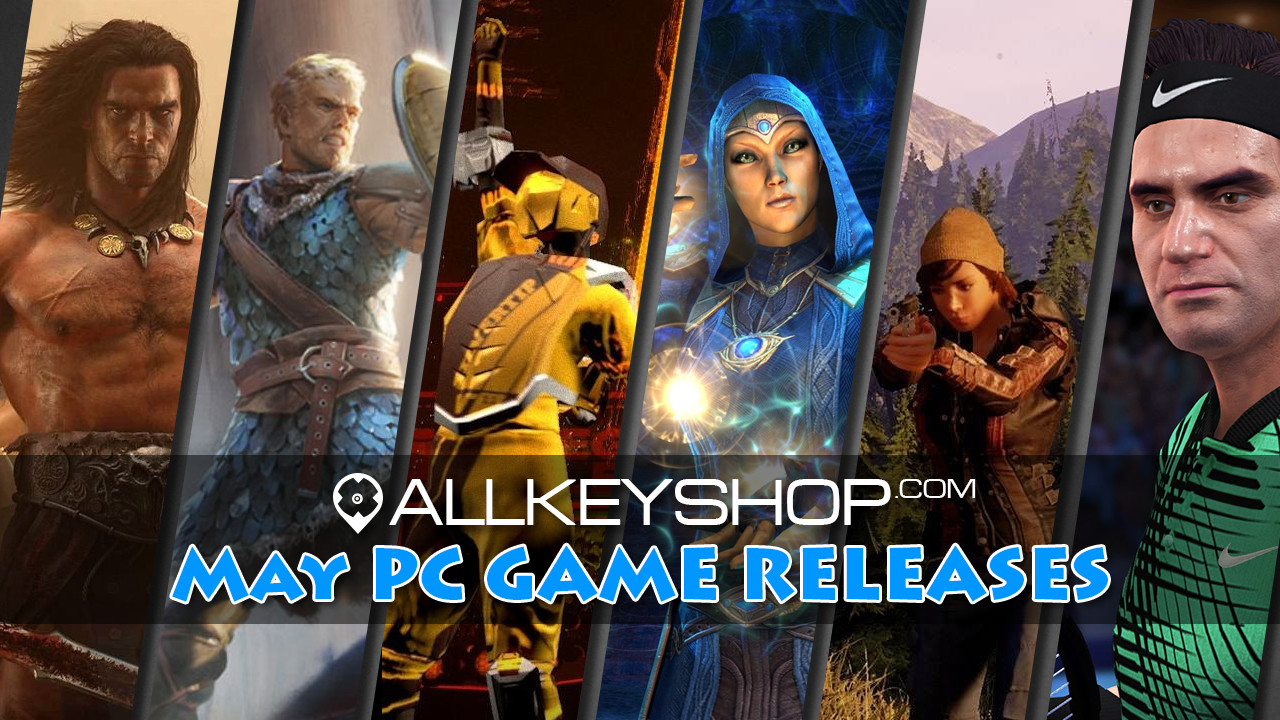 Time flies so fast. We’re already near halfway of the year. There’s been so many great releases and I’m sure you’ve got a ton of backlog already. Unfortunately, you may have to add more to it as there are superb releases coming to PC this month. Here are the best of May 2018 PC Game Releases:

Delayed to this month, Thrones of Britannia is the first in a series of planned spin-offs that Creative Assembly wants to use to bring the Total War formula to very specific historical events. The game will bring you to 878 AD Europe where four kingdoms have been left fragile by war and foreign invaders. Re-write a critical moment in history when four kingdoms are united into one nation under the rule of one king. Will history favor your quest?

As an exile in a barbaric wasteland, you’ll have to survive, build and dominate or be crushed as the weak often are. Conan Exiles is an open-world survival game that combines sandbox gameplay with a world teeming with history and lore. Players can choose to play alone or with friends, and even engage in persistent multiplayer on public servers. Playing locally or hosting a session with your friends grants you administrative tools to customize your experience. The game also features mod support with over 450 mods available right now.

Pillars of Eternity 2 Deadfire | 8 May

The follow-up to the critically acclaimed cRPG from Obsidian is finally here. Deadfire sees the return of the god Eothas who was once presumed to be dead. it’s up to you to find out why he has returned and whether to help or hinder his efforts. You’ll traverse through the Deadfire, an island chain infested with pirates, aboard your trusty ship, the Defiant. your ship will add a whole new dimension to your adventure as it serves as your upgradeable home base and will be used in ship-to-ship combat.

If you thought the classic brickbreaker genre was dead, Doughlings Arcade would like to prove otherwise. Developer Hero Concept has revived the classic formula and re-invented it by adding special abilities, changing up the aesthetics, and including a level editor. there are 90 level to complete and unique challenges to discover along the way.

Laser League is a fast-paced, arena sport game featuring team battles where you take control of nodes that activate light arrays that damage the opposing team. Stay clear of your opponent’s lights and make use of your special offensive and defensive abilities at the right time to tip the scales in your favor. The game is easy to pick up but reveals complex strategic possibilities to those who show dedication.

The Elder Scrolls Online Summerset | 21 May

Quenn Ayrenn is opening up the island home of the High Elves to outsiders for the first time ever to help uncover a sinister plot brewing from the dark corners of Summerset. The latest chapter for The Elder Scrolls Online adds a whole new area to explore. You’ll also get to join the Psijic Order for the first time which will grant you access to its own skill line which includes new active and passive abilities, plus a powerful ultimate.

The sequel to the hit horror survival title is finally here. State of Decay 2 ups the ante as it gives you control over a community. There isn’t just one here, instead you’ll switch between several characters. Beware though, as death is permanent, and losing one character could spell doom for your community if you don’t play your cards right. The game will now also allow you to play with up to 3 friends in co-op.

There hasn’t been a quality tennis simulation game since 2011’s Top Spin 4, but Breakpoint Studios is about to change that with Tennis World Tour. Featuring 30 of the best players in the world, perfectly reproduced movement, 18 types of court, a complete career mode, and an unequaled tactical dimension, this is one game every fan of the sport should definitely get.

Ancestors Legacy is a squad-based RTS that let’s you take control of an army as you storm through medieval Europe. Choose to lead one of four nations in an extensive campaign inspired by historical events. Used advanced tactical options such as using the battlefield’s terrain and your units’ experience and morale. Challenge your friends in intense multiplayer battles complete with resource management and village construction.

And that’s it for this month’s releases. Make sure to check out the deals we’ve posted together with the games to make sure you get the best prices on whichever one you wish to purchase. Happy gaming!

PC Game Releases for April 2018: Another month, another set of games to watch out for. Here’s the best releases to expect this month.

I hope Tennis World Tour it’s good﻿. It’s been a long time since we had a great tennis game on pc

Dark Souls Remaster should also be included.
That also depends if the remasters count.
Overall a solid list for May.

Time, time and more time, awesome and amazing games but just we don’t have much time to play them all!!