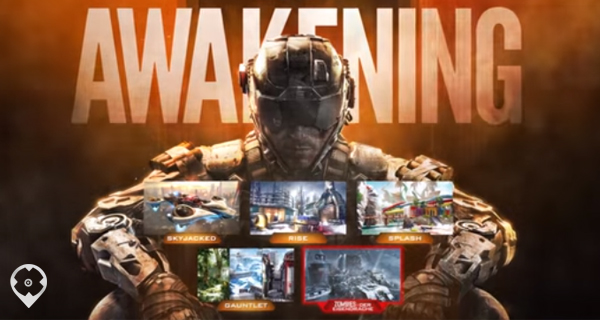 It all begins in Call of Duty Black Ops 3 Awakening

The early months of 2016 is full of awesome releases, and of course Call of Duty Black Ops 3 is also all geared up with the release of its first DLC, Awakening. With four DLCs lined up to be released in the coming months, Black Ops 3 Awakening is set to hit shelves on February 2 first on PlayStation 4, with other platforms to follow on a later date.

Fans of the game will surely spaz over this DLC as it includes new maps and a new zombie chapter. Three out of the four maps are new ones, and Awakening promises a brand new multiplayer experience with each one. Skyjacked, the re-made version of Call of Duty Black Ops 2’s Hijacked Map, is set on some sort of hover carrier. Rise, the first out of the three new maps, looks like a traditional Call of Duty map set in an abandoned industrial warehouse. Splash looks like a fun map to play in as it is set in an abandoned water park. If underwater fights and pirates are your thing, this may be the perfect map for you. And lastly, the Gauntlet map is one single map that is split into three areas – a jungle, ice landscape, and a rainy urban city.

This video will take you on a trip to the world of Black Ops 3 Awakening. Check it out:

Don’t own the game yet? We got the lowest price in the market for Call of Duty Black Ops 3 CD key! Check out our price comparison now! Also available for Xbox One, Xbox 360, PS3, and PS4.