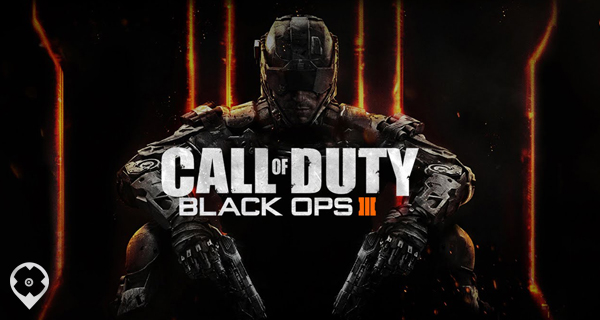 Treyarch’s much awaited shooter game, Call of Duty Black Ops 3, is finally released! And in case you’re still puzzled as to what this game is about, we give you everything you need to know about the game.

Call of Duty Black Ops 3 is set in the year 2065, 40 years from the drone strikes from Call of Duty Black Ops 2. Technology has been greatly embedded on the battlefield. Elite Black Ops soldiers with cybernetic bio-augmentations like super powered prosthetic limbs and direct neural interfaces that let you communicate with combat robots and net-connected weaponry are the soldiers of the future. Facing a cold war, you must navigate through it to find your missing brothers unraveling a very disturbing truth.

As an elite soldier, you will be able to play in larger environments, an open area arena style gameplay element with “off the rails” sections that are designed to allow a different approach to strategy in each of your plays.

Experience elevated social gaming with four player co-op and great replayability. Simultaneously go through the story’s events, which features better enemy AI systems that will better react to the diverging approaches that each player will take.

Congregate between campaign missions in a featured “safe house” where you can share your achievements to one another and show off your medals.

Campaign also introduces the Realistic Mode, a new level that is harder than the Veteran Mode. Take one hit from any weapon and you shall die.

An evolution to multiplayer is seen in Call of Duty Black Ops 3. It is a leveled up experience with new traversal options like wall-runs, boost jumps and power slides.

Freedom in customization with the pick 10 system is making a comeback. Also you will be allowed to put up to six attachments on your weapon in the Gunsmith section.

Players will also be able to pick one of the nine Specialists: Ruin, Seraph, Outrider, Reaper, Prophet, Nomad, Battery, Spectre and Firebreak a big leap from just choosing a generic soldier. Each specialist will bring a unique special ability or power weapon to the table.

“Shadows of Evil” is Call of Duty: Black Ops 3’s Zombie Mode with its own story set in the 1940’s in a metropolis sprawling with the undead called Morg City. Play as one of the interesting characters – the magician , the femme fatale, the boxer and the cop. Fight your way through the undead in this twisted and confused world.