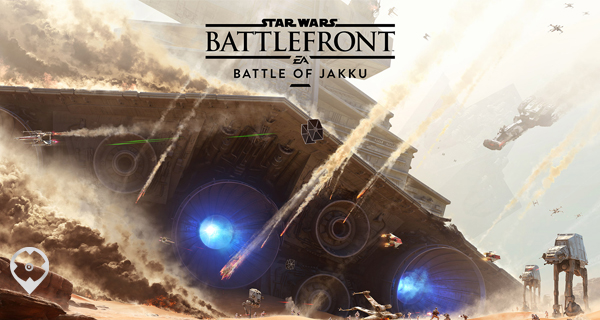 Great News! EA has announced that the upcoming Star Wars Battlefront DLC Battle of Jakku will add a new 40-player mode to the game. Named Turning Point, the game mode features a gameplay where Rebel forces will have to capture a series of increasingly difficult checkpoints en route to taking an Imperial base on the surface of the planet, while the Empire’s goons must defend against them.

In Turning Point, the Rebel forces need to locate and capture one of three control points on the map within a specific time limit. If they successfully capture one, it will open new control points, and add more time to the clock. The Rebels must advance to the Imperial base, then siege and capture it. Airspeeders and AT-STs will be the featured vehicles in this mode – speeders on offense and walkers on defense. 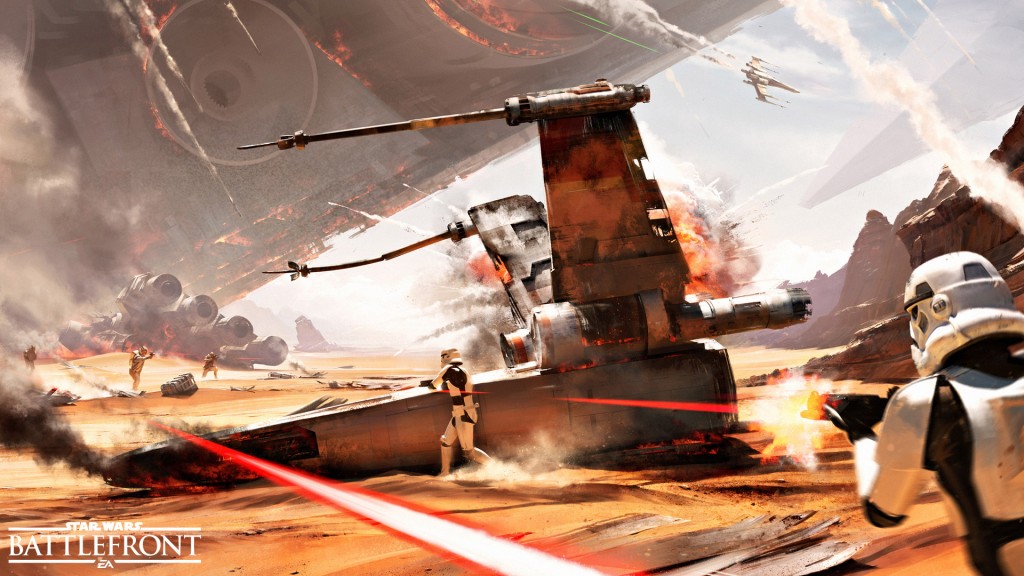 EA also mentioned that unlike other maps that some Rebels found frustrating during the open beta, the outcome of a Turning Point game is still going to be based on how your team manages to perform. The mode offers a greater variety of tactical advantages to take into account than some other maps because control points captured by Rebels cannot be retaken by the Empire, even if Imperial forces are able to push the Rebels back.

The Battle of Jakku is a chaotic mess, and that’s exactly what EA is going for. “We wanted to portray a battle completely surrounding you, in every direction,” DICE Concept Artist Anton Grandert mentioned. “Debris is falling from the sky, telling the story of battles above. On the surface of the planet you can see ground troops as well as X-wings, all taking part of the fight.”

The Battle of Jakku DLC will be available to anyone who pre-ordered Star Wars Battlefront and play it as soon as it releases on December 1st. Everyone else can get their hands on it on December 8th.