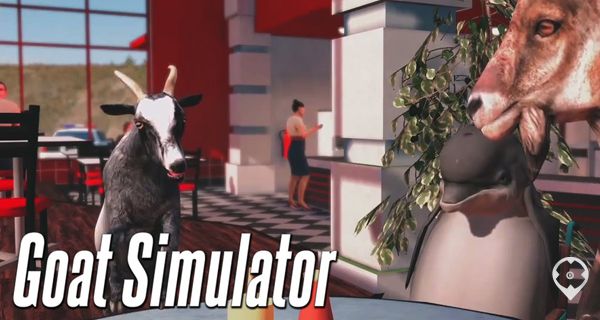 Coffee Stain Studios’ Goat Simulator has received positive responses from gamers all over, and now the sandbox game is getting a new DLC which they named: Super Secret. They have previously released a DLC titled Goat Simulator Goatz.

The only thing we know about the Goat Simulator “Super Secret” DLC is that its trailer is some kind of a homage to the Quentin Tarantino classic, Reservoir Dogs, which features a flamingo, a dromedary, a mountain goat, and a dolphin in a wheelchair. We can also assume that these will be new characters in the game.

Coffee Stain Studios also included an official announcement on Steam along with this poem:

New expansion on its way to Goat Simulator Right when you thought enough was enough, Right when you thought topping a fake MMO expansion was tough We know you’re thinking Goat Simulator is getting old But today comes something new and Super Secret for you to behold Straight out of the creative butt that is Coffee Stain This following Youtube video is now officially starting the hype train

Here’s the trailer which will surely bring a smile on your face:

Needed to get some points.
Licked a person.
He ran away screaming.
Got the desired points.
10/10 would lick again.