15 of the Best Post-Apocalyptic Games and Compare Prices

” You want to play a Post-Apocalyptic Games, but don’t know which one to choose?

Luckily Allkeyshop is here to help you with this top 15 of the best Post-Apocalyptic Games! “

Enter the wasteland again in an open-world survival game with hundreds of locations, characters, and quests. Build the character you want with the S.P.E.C.I.A.L. character system and pick your faction. Collect, upgrade, and build thousands of items ranging from weapons, armor, chemicals, and food in an incredibly deep crafting system.

Build and defend your colony from billions of infected in a post-apocalyptic world where you survive as one of the last humans. Play a stunning campaign featuring 48 missions, 90 available technologies, and uncover how the pandemic began. Build your army and keep them happy with food and money, and build a fortress to house them with walls, gates, and towers. In They Are Billions, survival is never guaranteed, and death is only on the other side of the wall.

Drop into an open-ended RPG sandbox with a world that is more than 870 square kilometers in size, where there are no limits or restrictions on playstyle. Customize your characters, build your squad, develop their stats, and be a trader, thief, rebel, warlord, farmer, slave, or an adventurer. Purchase and upgrade buildings, build a base, research new technologies, upgrade your defenses, craft gear, and fight against intelligent AI in an original and ever-changing game world.

Enter a post-apocalyptic world where survival relies on your car. Search for peace in the “Plains of Silence” and survive long enough to escape the madness of The Wasteland. Build up your vehicle, scavenge for supplies, and fight against brutal enemies in this open-world action game.

Defeat Skynet in Terminator: Resistance, a first-person shooter set during the Future War with humanity at the mercy of the machines. Level up, search for things to trade and craft and choose whether to shoot or sneak your way past the intelligent and terrifying AI. Bring an end to the machines and change the fate of the characters you meet by the actions you take.

Slash your way through a cyberpunk world as you climb a tower to take revenge on the Keymaster that awaits at the top. Jump, dash, and slide through the levels, with one hit meaning your death. The world has suffered an apocalypse, and the only way to survive is to fight.

13. Remnant: From the Ashes

Take back what was lost and fight against terrifying creatures as one of the last remnants of humanity in a post-apocalyptic world. Defeat the invading enemy in dynamically-generated worlds, with new maps, encounters, and quests each time you play. Gain experience, collect loot, and craft weapons and items as you adapt to the challenges presented alone or with up to two other friends.

Remnant: From the Ashes System Requirements

Play through the gut-wrenching story from the very beginning, including 23 episodes, four seasons, and all DLC. Jump into the ultimate version of the series with updated lighting, improved lip-syncing, gameplay, and UI.

Defend humanity from the corrupted machines in a post-apocalyptic setting in your fully customizable Arsenal mech. Team up with other players in co-op mode or battle against them in 1v1 or 2v2 Versus Modes to climb the leaderboard rankings. Fully customize your mech and avatar and even go under the knife to receive extensive body modifications to learn new skills. Salvage defeated enemies for parts and weapons that you can use on the fly on the battlefield.

What is a a Post-Apocalyptic Game?

Post-apocalyptic games take place during the aftermath of an event in which the human race faces extinction. 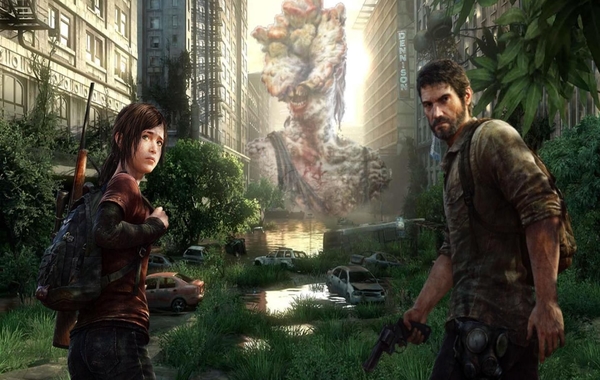 Post-apocalyptic games often force the player into a situation where they are forever fighting for survival, including dealing with afflictions such as the following:

Why Are We Doing a Top 15 Post-Apocalyptic Games List?

Post-Apocalypti Games are available at incredible prices, but with so many to choose from, we want to help you pick the game that’s right for you.