15 of the Best Sanbox Games and Compare Prices 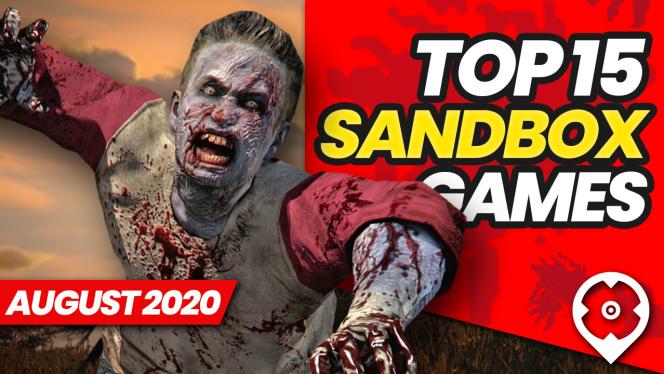 What are the best 15 Sandbox Games ?

Play the ultimate physics sandbox with Garry’s Mod, with no goals or limits on how you play the game. Create your tools, from cars, rockets, and even catapults. Construct the game you want to offline, or head online with hundreds of available mods made from the community, featuring hundreds of thousands of models, maps, and objects.

Dig, fight, build, and explore in Terraria, where action and adventure meet, and nothing is impossible. The world is yours, and the choices are yours. Dig for treasure and uncover the mysteries of what lies below, recruit companions, build a fortress or city, defend it from ever-greater foes, or fight for glory where your creativity is the only limit. Each world is randomly generated, and you can craft the world of your dreams alone or with friends in online co-op or PvP.

Overcome your struggles, such as hunger, thirst, and the cold as you attempt to achieve your only objective, survival. Survive any way you can. Build a fire, build shelter, kill animals for meat, protect yourself from other players, kill them for meat, and create alliances to form a town. Earn the trust of others, or betray them. It is your world, your life, and when it comes to survival, and Rust, there are no rules.

Tackle the pesky undead once more in this definitive zombie survival sandbox RPG set in a unique open-world first-person shooter. Craft, build, create, loot, fight, quest, customize, farm, hunt, destroy, and survive the way you want. Play the campaign world, or drop in with friends in a randomly-generated world with cities, towns, lakes, roads, mountains, and wilderness locations. Everything is possible with nearly 400 unique locations and over 50 unique zombie archetypes.

Take your grandfather’s old farm plot and the few coins that you have, and turn the land into a thriving home, while learning to cook, craft, and unlocking new areas to explore. Enjoy farming with friends with 1-4 players available. Build, farm, work together, and share resources as you improve your skills across five areas of expertise: farming, mining, combat, fishing, and foraging.

Enjoy the uncompromising standalone multiplayer expansion of Klei Entertainment’s Don’t Starve and discover an unexplored world of strange creatures. Survive in one of three game modes available, Survival, Endless, and Wilderness, allowing players to play alone or with others as they gather resources, fight off predators, and attempt to survive. Whether casual or competitive, you can choose whether to help the group not starve or make things difficult as a ghost upon death by draining the sanity of the other players. Play across four worlds, five characters, and discover items and recipes as well as fearless mobs. The only thing you have to do, Don’t Starve.

Rule your nation through the ages, the way you want to, in a game where your choices matter and the possibilities are endless. Enjoy historical accuracy, lead your nation through hundreds of years, and experience trade, diplomacy, and warfare like never before in a strategy game.

Build the city the people deserve in this open-ended city-building simulator and balance essential requirements such as education, water, electricity, police, fire fighting, healthcare, and your city’s real economy system. Discover the local traffic simulation, assign districts, apply for policies, and take advantage of a full day and night cycle, then share your creations on the Steam Workshop.

Take command of any nation in World War 2 and lead that nation to victory in history’s most engaging conflict. Experience total strategic war, winning over land, air, and sea. Use diplomacy, engage in trade for resources, or battle your way to victory in snow, mud, and storms. The game’s authentic real-time war simulation allows you to take advantage of the tanks, planes, ships, and guns of the time. You can shape the world in the wonderfully realistic single-player campaign or head online in competitive or cooperative multiplayer in 32-player cross-platform action.

Generate your own story in this sci-fi colony simulator that allows you to discover a newly generated world every time you play. Watch your colonists develop and break relationships with relatives, lovers, and spouses. Craft structures, weapons, and apparel from metal, wood, stone, cloth, and futuristic materials. Fight pirates, tribes, mad animals, giant insects, and ancient killing machines.

Jump into a colorful and massive 3D tower defense game that promises endless hours of strategy fun. Craft and perfect your defense across 37 original maps, with vibrant new monkey animations and upgrade skins. There are now 21 powerful monkey towers, each with three upgrade paths and over 100 meta-upgrades that buff monkey towers or monkey groups. Play anywhere with a single-player offline mode or play co-op in new modes such as Restricted Monkeys, Double Health, and the Brutal CHIMPS rules.

What is a Sandbox Game ?

A sandbox video game gives the player the freedom to tackle the game how they want, often being open-world and giving the player full creativity to complete objectives.

The term sandbox can be used to describe games found in many genres, including survival, strategy, simulation, RPG, but is more commonly known for city-building.

City building games, such as Cities: Skylines, SimCity, and Prison Architect, are commonly considered authentic sandbox games due to the lack of control over how the player completes tasks and objectives.

With a sandbox game, the player may have an objective, such as earn a profit of $1 million by the end of an in-game year, but how the player chooses to go about reaching that goal is up to them, often with very little guidance.

There are examples of sandbox games that do not offer any goals, any restrictions and give the player no guidance in what to do or how to do it, games such as the MMO Second Life, in which players are left to create their own games and encouraged to share with others.

Of course, just as in other genres, sandbox games can be multiplayer games such as Rust, Garry’s Mod, Terraria, and Space Engineers. These have gained massive popularity due to their online features, giving the games added replayability and another level of enjoyment.

The downside that many consider being with sandbox games is that they can quickly become boring or repetitive due to the lack of goals, objectives, and guidance.

While players always crave freedom and want the creativity to make a game their own, just like a real-world sandbox, there is only so much a player can create with sand.

Sandbox can be found across various genres, giving players an extra level of freedom and creativity but with storylines and objectives to keep the game fun, so unleash your creativity and uncover a story hidden in the virtual sandbox.

Why Are We Doing a Top 15 Sandbox Games List?

In the world of Sandbox Games, fantastic games can be found at incredible prices but you can also be at a greater risk of being left disappointed.