15 of the Best Hack and Slash Games and Compare Prices

” You want to play a Hack and Slash Games, but don’t know which one to choose?

Luckily Allkeyshop is here to help you with this top 15 of the best Hack and Slash Games! “

Defy the god of the dead in this hack and slash rogue-like dungeon crawler from the creators of Bastion, Transistor, and Pyre. Befriend gods, ghosts, and monsters and cut your way out of a beautiful hand-painted Underworld using the fury of Olympus. Built for replayability, nothing is impossible as the Underworld is ever-shifting and bosses will remember you.

Enter fast-paced medieval battles and experience castle sieges, cavalry charges, and brutal multiplayer melee action. Fight with more than 70 weapons including hammers, spears, swords, two-handed swords, maces, quarterstaffs, and bows in all-out war game modes such as Frontline and Battle Royale. Character creation gives you full control with you able to sculpt your face, create your weapons from parts, and pick out individual pieces of armor to create the warrior that you want.

Drop into the Warhammer universe and experience true 1-4 player PvE action against the Chaos army and the Skaven horde. The game features 5 heroes, each with 3 careers available, including Huntsman, Ironbreaker, Waystalker, Witch Hunter Captain, and Battle Wizard. Wield over 20 weapon types, such as a sword, mace, hammer, halberd, bow, and war pick. Fight across more than 15 missions with hero-specific loot available to give the game endless replayability.

Devil May Cry 5 brings back the devil hunting and high-octane slaying, all in glorious over-the-top action. The game features the return of Dante and Nero as playable characters, along with a new character, V. The game uses 7 ranks for its style ranking system, grading you after every fight and level. It starts at D, for Dismal, and moves up to SSS, for Smokin’ Sexy Style.

Enter the depths of Dead Cells, a roguelike-metroidvania game developed and published by Motion Twin. The player character is a Prisoner made of a greenish blob of an unknown substance with an immortal head and the ability to possess executed bodies. The game features tough but fair combat, more than fifty weapons and spells with unique gameplay, and of course, the emergency panic roll to get you out of trouble. Once unlocked, special permanent abilities allow you to access new paths to reach your objective. Opt for the path that suits your current build, your play style, or just your mood.

Purge your enemies and control some of the most powerful units in the 40K universe in this dar, gritty action-RPG. Play your way with a selection of characters, classes, and specializations available. Explore the star map, travel to different solar systems, and wage war across the stars. Earn loot, gain rewards, craft new equipment, and master your skills in a living, expanding world.

Amalur returns with a remaster packed full with better visuals and improved gameplay mechanics. Create your character from unique skills, abilities, weapons and armor. Evolve your style, use magic and melee attacks, and discover hundreds of gameplay hours with all the DLC included. Complete side quests, visit beautiful cities, and save the world from destruction in a game rich with lore and detail.

Take on the role of Skul and save the castle and your fellow demons from destruction in this colorful, side-scrolling roguelike. Level up, unlock abilities and use skulls to improve attack range, speed and power. Take on powerful enemies, face-off against massive bosses, and hunt those that mean to destroy you.

Slash and dash through this fast-paced action-platformer and use the power of time to your advantage. Progress your way, by dodging, reflecting, and trapping your enemies in increasingly-creative ways, and discover a rich story written by the blood of those you defeat.

Take on the role of The Horsemen, powerful beings carrying out the orders of the Council, and tear your way through demons and angels in an epic journey to save all of creation. Grow in power, collect items, unlock abilities, and enhance your weapons as you rip your enemies to shreds. Set before the original, play as Horseman Strife, and take on the challenges with a friend for the first time in co-op mode.

Take on FURY’s role, one of the Four Horsemen, on an apocalyptic Earth, and seek out and destroy the Seven Deadly Sins. Use your whip and magic to slay evil and deliver justice to the world. Explore an open-ended world full of rich environments, hidden secrets, and story to be discovered. Battle it out in heaven and hell to defeat the Seven Deadly Sins and restore balance to the world.

Hack and slash your way through endless hordes of enemies and drive your family of heroes forward through procedurally generated dungeons. Level up your family, swap out members of your party between runs, unlock rewards and upgrades, and make the ultimate sacrifice alone or with a friend to stop the corruption plaguing the land.

Play the role of a demon and consume the souls of heroes as you fight your way through an epic single-player campaign where the world’s survival or destruction depends on your actions. Choose your hero, complete unique quests, learn new skills, and discover a rich story full of death, revenge, and legendary creatures. Solve puzzles, craft new gear, discover loot, and fight in real-time combat.

What is Hack and Slash?

Hack and slash video games focus on melee-based combat with the action happening in real-time and often violent. 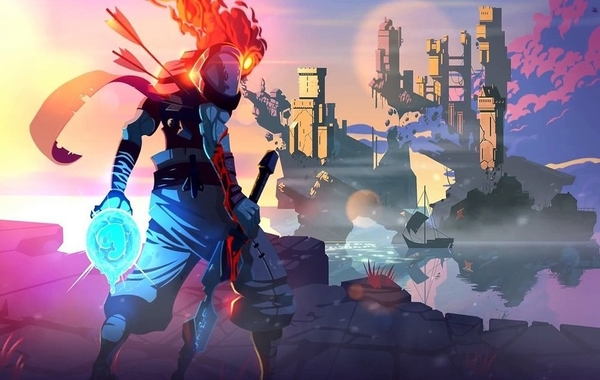 Hack and slash games commonly force the player to complete quests to earn money and experience to level up characters, grow stronger, and purchase better equipment. They often have the player tackle procedurally generated levels called dungeons in which the player must repeatedly defeat hordes of enemies to progress and earn rewards. Hack and slash games do not feature complicated stories and instead aim to give the player non-stop button-smashing action.

Why Are We Doing a Top 15 Hack and Slash Games List?

Hack and Slash are available at incredible prices, but with so many to choose from, we want to help you pick the game that’s right for you.