If you’re itching to get your finger on the trigger and unload full mags on anything moving, then you’ll love what’s coming up next.

Today we’re counting down the Top 10 PC First-Person Shooters of 2014. These games might not be the latest offerings but they’re wicked good and are available at dirt-cheap prices. Plus, if you’re anything like us, then you most likely enjoy a good ol’ fast-paced shootfest (in the virtual world of course). So if you missed any of these adrenaline-packed games, time to get them now at the best prices here at AllKeyShop.com.

Note: These games were ranked based on their Gamer Compass score — aggregate ratings from critics and gamers from the best review sites on the planet. 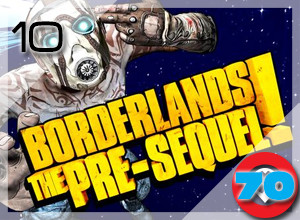 The franchise returns with new combat mechanics, cool new characters, and a complex story. The reprogrammed Claptrap easily became everyone’s favorite character. Some players felt like it was more of an oversized DLC though, and not a full sequel, but that didn’t prevent others from having hours of fun with it. 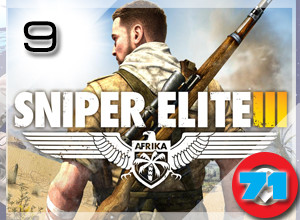 Hailed by many as the best of the series so far, this third installment manages to fix some of the glaring mistakes of the previous games while improving upon their most compelling mechanics. Hopefully, this means they can start focusing on the story in the next game. Depth surprised gamers with its unique concept of divers versus sharks. Even more appealing was the fact that you could play as a shark. These accounted for a lot of fun multiplayer sessions. Some felt it lacked content and became a bit repetitive after a while. The game does support mods so you can always check out some of the content created by the community. The people at Samurai Punk were getting tired of other players glancing at their screens to find out where they are and kill them. So they did the sensible thing and created a game where doing so was the core mechanic. This is a split-screen multiplayer game where everybody is invisible, so you’ll need to, well, screen cheat to get a kill. Best played on a couch with friends. 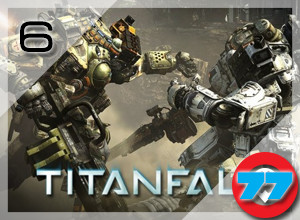 Overly hyped by the people at Microsoft, gamers expected a lot from Titanfall, and most would say they were not disappointed. Combining parkour moves with heavy mecha action, it had the makings of an excellent, well-polished shooter. The only problem is the lack of any form of singleplayer. Trading fast-paced action for team-based tactics, players had to secure strongholds and destroy enemy supplies to gain the upper hand. First-time players run off alone only to find themselves on the pavement a few seconds later. Then, they start thinking. The change of pace and realistic approach felt like a breath of fresh air for most. Sporting a more likeable psychotic villain and a less douchey protagonist, it felt like a small step in the right direction for Ubisoft… a very small step. It also felt a bit too similar to Far Cry 3, which is not a bad game. Perhaps this is why a lot of gamers refer to it as Far Cry 3.5. 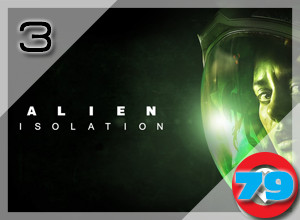 Fans were raving about how an Alien game was finally able to emulate the feel of the 1979 classic film. Gamers were genuinely scared and always on their toes as an unpredictable enemy stalked from the shadows. Ridley Scott would be proud! After the last game flopped, people didn’t know what to expect from the new Wolfenstein game. Thank goodness it was great! Sure, the story was a mixed bag – you either liked it or you didn’t – still, it was the soft reboot the franchise needed to get itself back on track. 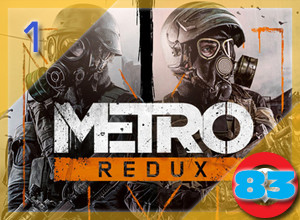 Comprised of Metro 2033 Redux and Metro: Last Light Redux, these were the definitive versions of the already critically acclaimed story-driven shooters. With improved graphics and updated gameplay mechanics, it felt like these were how these games were really meant to be experienced in the first place.

And that’s it for the top 10 PC First-Person Shooters of 2014. If you haven’t gotten the chance to play any of these amazing games, then get them now at the best prices at AllKeyShop. You won’t find better deals anywhere else.