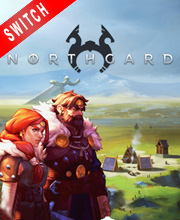 What is Northgard Game Code?

It's a digital key that allows you to download Northgard directly to Nintendo Switch directly from Nintendo eShop.

How can I find the best prices for Northgard on Nintendo Switch ?

Northgard is fantastic, well put together title. I found it to be challenging enough to keep me at it, but not over the top and unbalanced. Vikings conquering, smashing, and crushing enemies is a lot of fun! Get this game if you’re an RTS fan, it’s a must-have.

Overall, Northgard is a wonderful strategy game despite its shortcomings. The rough edges can make it tough for newcomers to the genre to get invested, but if you’re a fan of strategy games or able to tough it out through warts until everything clicks, then you’re in for a treat.