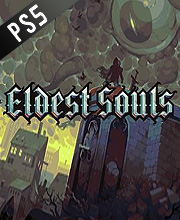 It's a digital key that allows you to download Eldest Souls directly to Playstation 5 from PSN (PlayStation Network).

How can I find the best prices for Eldest Souls on Playstation 5 ?

Despite the occasional moments of frustration the game provided, Eldest Souls is an experience no fan of the Soulslike genre will want to miss. From its unforgettable boss battles to its deceptively deep and engaging progression system, it’s the kind of game that will get its hooks deep into you and keep you coming back for more.

Eldest Souls suffers only from a limited implementation of world navigation and a not-so-standout design. Still, the combative cycle is compelling and well-implemented through its splendid boss battles, immersive mechanics, and extraordinary audio design. If you’re yearning for a title to demand precision and aggression accompanied by thought-provoking skill progression, this game is worth your time.