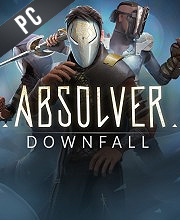 What is Absolver CD key?

It's a digital key that allows you to download Absolver directly to PC from the official Platforms.

How can I find the best prices for Absolver CD keys?

Allkeyshop.com compares the cheapest prices of Absolver on the digital downloads market to find the best sales and discount codes on trusted stores.

Absolver is an adventure, action RPG (role-playing game) developed by Sloclap and published by Devolver Digital.

It is mainly focused on martial arts, the players being able to control warrior characters in battles against other players or computer-controlled characters (or bots) with the purpose of finding their place in the broken empire from the land of Adal.

This new RPG features a seamless open world in wich the players can chose to battle in single player with bots or to venture along with other players in player versus player match-ups, or just to learn new fighting skills.

The warriors are called Prospect that have the mission of proving their are worthy of becoming one of the Absolver Peacekeepers. As players progress in the game, they will unlock new armor, equipment, combat styles and weapons, as well as the abillity to learn new combat moves.

As the Parisian indie developer, Sloclap defined it, the new game it’s an online melee action game that transports the player in a small but yet amazing world of contrasting genres, giving the players the chance to go beyond their limits through a third-person perspective.

Become an Absolver Peacekeeper and begin your journey of combats, power and dexterity by playing Devolver’s new RPG, Absolver.

GOG.COM CD KEY : You need to register on Gog.com, then use the GOG Key to download and activate your game to play Absolver.
EU STEAM CD KEY: Requires an EUROPEAN IP address or you must activate it with a VPN (Virtual Private Network) in order to play Absolver. Might have languages restrictions or language packs. Read the description on the store game page to know if the EU IP is only needed for activation or for playing also (maybe on EU Servers). Most of the stores offer you their help, or show you how to do this with a tutorial to follow.
EUROPEAN STEAM GIFT : It’s a steam gift for Europe which requires an European IP address to activate and to play Absolver on Steam. Read carefully the store description about region and language restrictions.
STEAM GIFT : A Steam gift is a one-time transfer you receive. You activate and install Absolver to play on Steam, it is a non-refundable game that stays in your Steam games collection. Please read the store description about any language or region restrictions.
STEAM CD KEY : Use the Steam Key Code on Steam Platform to download and play Absolver. You must login to your Steam Account or create one for free. Download the (Steam Client HERE). Then once you login, click Add a Game (located in the bottom Left corner) -> Activate a Product on Steam. There type in your CD Key and the game will be activated and added to your Steam account game library.
Deluxe Edition
Standard Edition