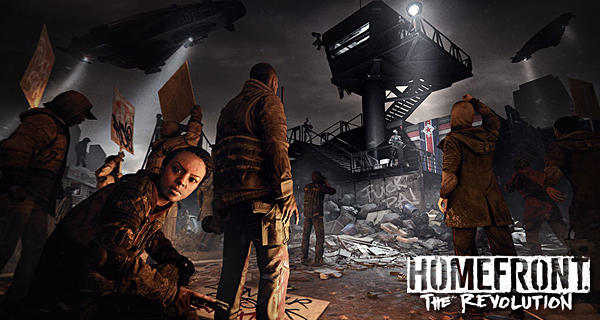 Dambuster Studios and Deep Silver’s Homefront The Revolution has a new trailer for us. It features weapons, tool kits and tactics used in war. The video is more than 3 minutes long and it shows the United States has been taken over by the Greater Korean Republic. It starts with showing a rookie being taught how things are in the battlefield.

First you must know what the resistance weapons have, to know what you are up against. They have drones, air support as well as vehicles. Their high tech guns are locked with biometrics so if ever they drop a weapon, you will not be able to use it.

But you will be using an all American weaponry, starting with the modular weapon system that enables you to change up your weapons at an instant in the field. You can have multiple combat configurations on your weapons that makes you add universal attachments with ease. You will also be given a Guerrilla toolkit that has 4 devices that you can use to customize and build improvised weapons. The toolkit would have an IED, a hack tool as well as a distraction tool and an RC car that lets you control a mobile IED. Each item can be used in so many different ways, you can trigger it, throw it at enemies or even set it up as traps. Crafting is also allowed, so make sure to get items that you would need in the field. Guerrilla warfare training is also essential you will learn how to ambush enemies and set traps.

The trailer gives you a really good look on how a rookie will survive the battlegrounds. Watch the trailer here:

Homefront the Revolution will be launched on May 17, 2016. It will be available for PC, PlayStation 4 and Xbox One.

Are you ready for a revolution? Let us know what you think by leaving us a comment below!