15 of the Most Addicting Games and Compare Prices

“You want to play an Addictive Games, but don’t know which one to choose?

Luckily Allkeyshop is here to help you with this top 15 of the best Addictive Games!”

Customize your character and then parachute into the online multiplayer battle royale game that sets the genre’s standard. Fight for survival in arenas supporting up to 100 players. Start with nothing, alone or in a squad, and find hundreds of items from armor, weapons, and boosters to improve your chances. Be the last squad standing and earn the Chicken Dinner.

Enter the world of Skyrim once more and discover the game that won more than 200 Game of the Year awards now in virtual reality. Meet unique characters, complete epic quests, join guilds, and battle against dragons in an all-new level of immersion for the franchise. Explore Tamriel and the official add-ons, Dawnguard, Hearthfire, and Dragonborn, and become the legend that will save the world all over again, with support for the HTC Vive, Valve Index, and Oculus Rift.

Assemble your squad of heroes and compete for the objectives in fast-paced 6v6 combat in the ever-popular Overwatch. Choose from more than 30 heroes, each with unique abilities, playstyles, and weapons. Be the tank, support, or damage your team needs. Unlock loot, achievements, and trophies, and battle across multiple ranked and unranked game modes. Then customize the game and share it with the new Overwatch Workshop.

Save the Last City of humanity against the dark forces in a responsive first-person shooter, and experience the epic cinematic story alone or with friends. Choose your Guardian class, featuring Titan, Warlock, and Hunter, collect a fantastic array of exotic weapons and armor and play with or against your friends and other Guardians in PvE and PvP game modes.

Master the art of destruction and gadgetry, face intense close-quarters combat, high lethality, and split-second tactical decision making in explosive team-play action. Experience an ever-evolving game with new strategies and tactics always being developed. Operators are continually being updated, tweaked, and introduced, bringing with them new gadgets and weapons to learn and master. Learn to trap, fortify, barricade, rappel, plan an attack, and breach – all as part of an evolving team.

Flashbang and rush your way into the objective-based first-person shooter series that has long been the standard for team-based action gameplay since its release. Join as a Terrorist or Counter-Terrorist across nine game modes, including Competitive, Casual, Deathmatch, Demolition, and Danger Zone. Work as a team to claim or hold the objective, such as planting or defusing a bomb, or rescuing or guarding a hostage.

Play your way in an epic CCG featuring heroes of the Warcraft universe. Build your deck using hundreds of available cards across dozens of expansions, play through campaigns, defeat epic bosses, and unlock card backs and cards to enhance your collection. Play offline and online game modes, including unranked and ranked modes, or enter the Arena and battle it out for rewards.

Face off in intense 5v5 battles and take down lanes and towers in the biggest MOBA on the planet, League of Legends. Select from more than 140 champions, learn to play in offline and online game modes, master your abilities, and battle for victory with bots, friends, or skill-based matchmaking.

Join millions of players on Steam’s most-played game. With Regular updates, constant evolution of gameplay, features, and heroes, Dota 2 offers endless play and things to discover. There is an infinite number of possibilities as any hero can fill multiple roles. There is an incredible diversity to heroes, abilities, and powerful items – with all heroes being made available for free. Party up and learn the ropes against bots, demo heroes and jump into skill-based matchmaking.

Create the Final Fantasy character you have always wanted to and jump into an epic and ever-changing adventure either alone or with friends in this MMORPG set in the realm of Eorzea. Experience unique disciplines to become a Disciple of War, Disciple of Magic, Disciple of the Hand or a Disciple of the Land. Gain access to powerful skills, magic, weapons, and armor exclusive to each class. Its unique Armory System means that your equipped weapon or crafting tool determines your character class, allowing you to switch roles at will – meaning only one character is needed rather than multiple.

Enter the biggest MMO on the planet, with dozens of races, unique classes, epic skills, and intense PvP available. Complete quests, mine for resources, craft items, trade on the player-driven auction house, go fishing, or simply explore the lore. World of Warcraft continues to grow with bigger expansions, more quests, and more dungeons.

Explore the award-winning world of Los Santos and Blaine County in Rockstar North’s masterpiece, Grand Theft Auto V. For the first time, use the Rockstar Editor to capture, edit and share gameplay footage. Stage your own scenes using the game’s characters, pedestrians, and animals. Jump into Grand Theft Auto Online’s various modes, with support for 30 players and two spectators. From its budget of $265 million, it is reported that GTA V has now sold more than 115 million copies and made more than $6 billion, making it the most successful entertainment title ever.

Enter the wasteland again in an open-world survival game with hundreds of locations, characters, and quests. Build the character you want with the S.P.E.C.I.A.L. character system and pick your faction. Collect, upgrade, and build thousands of items ranging from weapons, armor, chemicals, and food in an incredibly deep crafting system.

What is an Addictive Game ?

An addictive video game is one that we, as players, are unable or unwilling to stop playing. 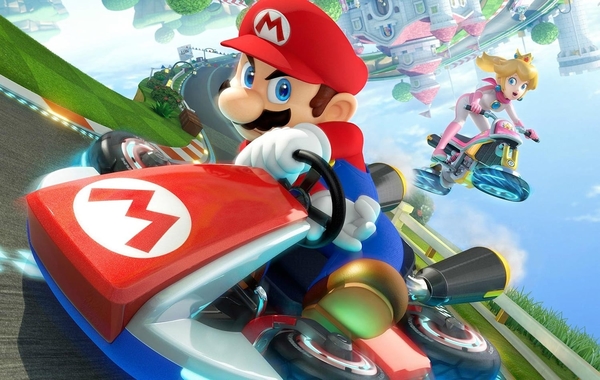 A game will become addicting, in particular when playing to our ego or self-esteem.

We can get obsessed when collecting items, grinding achievements, or completing battle passes because reaching set goals makes us feel good.

Online competitive games are perfect examples of addicting, as they consistently challenge us against new opponents and force us to adapt and develop as players, using ranking systems as a means of showing our progress.

Why Are We Doing a Top 15 Most Addicting Games List?

Most Addicting Games are available at incredible prices, but with so many to choose from, we want to help you pick the game that’s right for you.

truly all games listed here are fun!! i still cant quit minecraft.. too much fun