15 of the Best VR Games and Compare Prices

“You want to play a VR Game, but don’t know which one to choose?

Luckily Allkeyshop is here to help you with this top 15 of the best  VR Games!”


Fight for survival in a fast-paced, hyper-realistic shooter and save a broken United States alone or with friends in a fully playable campaign in co-op. Move, shoot, and find cover, using realistic weapons that are accurate representations of their real-life versions. Customize your weapons on the fly, communicate with your squad, and take down the enemy in intense firefights not seen in any other VR game.

Journey through a story-driven VR game and investigate a top-secret research project taking place on one of Saturn’s moons. Scan objects and solve puzzles, exploring clues and detailed environments as you progress. Teleport, dash, or walk using motion controllers designed to look like high-tech tools.

A built for VR first-person shooter in which you can make real-life movements and interact with your surroundings as though they were real. The game features two game modes, Swarm and Story. Survive endless hordes in Swarm mode or discover who you are in a futuristic world in Story mode. Use your body to fight and use melee weapons, dodge incoming attacks, and punch when all else fails.

Use coordination, communication, and marksmanship to take out the enemy and complete your objectives in the most realistic military-simulator available in VR. Play solo, co-op, or PvP game modes and fight using modern weapons, such as the AUG, M16, P90, and the M249 light machine gun. Create and share your own battlefields or download community-made maps.

Build up your legend as one of boxing’s greatest and train and fight with the game’s Phantom Melee Technology. Play as Adonis Creed and rise through the ranks from underdog to a world-class fighter. Play multiple game modes, including Career, Freeplay, Training, or prove your worth in online PvP.

Fight the undead, scavenge through the flooded ruins of New Orleans and face gut-wrenching decisions – all in virtual reality. Survive your way. Face the undead with guns blazing, or sneak and hide amongst them. Earn valuable resources doing missions and risk your life to protect or murder anyone who stands in your way. In VR, The Walking Dead comes to life and gives you freedom of choice. Use melee, ranged, and makeshift weapons. Knock undead heads clear off, creep through streets and scavenge and scale sides of building, cars, and walls to ambush enemies. It’s your life, live The Walking Dead.

This VR exclusive title offers zombies, humor, real-life weapon handling, and multiple game modes to keep any FPS enthusiast forever happy. Wield more than 25 weapons, conserve your ammo, use the iron sights for better aim, and loot the dead as you survive an epic campaign full of blood, mutilation, and destructible environments. Explore freely in canyons and mines, play co-operatively through campaign and horde modes, and compete on the leaderboards as you survive solo with limited ammo against endless waves of the undead.

Forget reality and punch, stab, dodge and shoot your way through endless enemies in the brutal and unforgiving world of SUPERHOT VR. After the success of the normal version, which launched February 25th, 2016, the VR version of the game released December 5th, 2016. The game, where time only moves when you move, launched its Forever Update in 2017, bringing with it Endless Mode, a Headshots Only mode, a Time Trial, Hardcore Mode and 10-minute challenge. SUPERHOT VR has won a number of awards for its brilliance, including “DICE Awards Immersive Reality Game of the Year 2017”, “New York Game Awards Best Virtual Reality Game 2017” and “GDCA Best VR Game 2018”.

Enter the world of table tennis and take part in epic matches in this realistic VR simulator. Play against the AI and hone your skills across several modes, or jump online and test yourself against the best players across the world.

Jump into a world of magic, death, fantasy, and dungeons in VR, and battle your way through monsters, traps, and puzzles in 1-4 player matches. Choose your locomotion type, use inventory management, customize your weapon presets, and parry attacks with your shield. The game is designed specifically for VR and features drop-in drop-out gameplay and auto-scaling of monster strength.

12. Down the Rabbit Hole

Enter the wacky world of Wonderland before Alice’s arrival and help a girl search for her lost pet, Patches. Control the girl through the twists and turns, explore Wonderland with 360-degree movement, solve puzzles, and find hidden collectibles as you go.

Down the Rabbit Hole System Requirements

Breach procedurally generated compounds with the help of friends in this 1-4 player tactical shooter. Plan your attack, place your wall charges, and breach through the wall and take on whatever awaits on the other side. Shoot through drywall, blast through concrete, and throw grenades to complete your contracts.

Express yourself with more than 80 tracks and perform as a DJ in a vibrant VR environment. Remix tracks across multiple genres, experiment on eight instruments, record loops, and sequences, and create your own style. Perform your set alone or with a friend and create beats as a duo.

What is a VR Game? 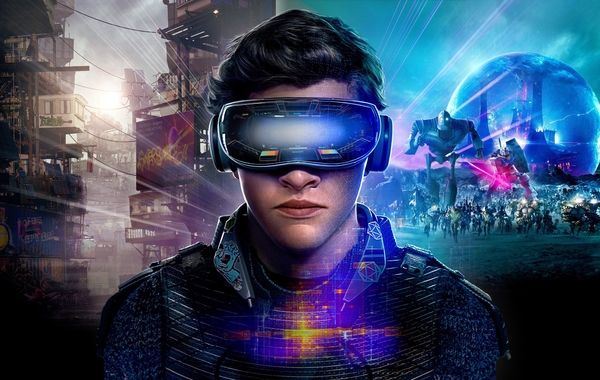 VR games can be played standing or seated and often use their own VR motion controllers for full level immersion.

Why Are We Doing a Top 15 VR Games List?

VR Games are available at incredible prices, but with so many to choose from, we want to help you pick the game that’s right for you.