“You want to play a PS4 Games that are Playable on PS5, but don’t know which one to choose?

Luckily Allkeyshop is here to help you with this top 15 of the best PS4 Games that are Playable on PS5 !”

If you want more details on PS5 release date and compatibility, read this article.

This Sony exclusive is an epic tale of a father and son duo trying to fulfill a deeply personal quest while surviving in hostile lands. Experience true close-quarters combat and defeat massive and brutal enemies. Use tactics, master deadly weapons, and finally be the father your son deserves.

Play as Ellie and set off on a journey to bring to justice those that ruined the only peace you’ve had in years. Blur the lines of good and evil, and challenge your morals in a story filled with adventure, dangerous enemies, and intense combat situations.

Wakening from a nine-year coma, Solid Snake returns to build a new private army and seek revenge on XOF. Set in an open-world, players have the freedom to tackle missions however they want, with the new Fox Engine offering photorealistic graphics and high production quality.

Once more, play as Nathan Drake as he comes out of retirement and embarks on a journey that will see him uncover the truth of a pirate treasure. The game will test your skills in puzzle-solving and survival as you make decisions that will have a lasting impact on your loved ones. Jump online with up to 12 players and play multiple modes, unlock characters, gear, and customizable options.

Play as Geralt, a highly trained monster slayer for hire in a visually stunning, story-driven RPG world where you must hunt down the Child of Prophecy – a living weapon that can alter the shape of the world. The game has one of the biggest fantasy maps in video games. It is at least 1.5 times bigger than GTA V, 3.3 times bigger than Red Dead Redemption, and 3.5 times bigger than Skyrim. The main storyline in the game has more than 50 quests, and if you want to complete all quests from the game and its DLCs, you will need to complete more than 400 quests.


Slay terrifying creatures and survive a horrifying gothic city in this next-generation of action role-playing experience. Explore underground ruins, procedurally-generated dungeons, and earn rewards as you adventure alone or with friends. Master unique weapons, develop your strategies and hone your skills to uncover the secrets that darken the city.

Be a hunter and battle gigantic monsters in the new world, all in the name of research. Wield and master any of the 14 weapons at your disposal, each with unique characteristics and attacks. Track monsters, gather resources and work with friends in a rich, open-world setting.

Battle to reclaim a machine-driven dystopia and discover the stories of androids 2B, 9S, and A2. The game shares the post-apocalyptic setting of the previous game, Nier, with the events taking place thousands of years after that game’s fourth ending. Just as with Nier, this is also directed by Yoko Taro. Battles are action-packed, with tight controls, fluid combat, and the ability to combine light and heavy attacks. There are no loading times between areas and the environments are rendered at 60fps to create beautiful locations.


Web-sling your way through a unique Spider-Man adventure, and take on powerful criminals as you attempt to keep your personal life from spiraling out of control. In this latest Spider-Man, combat is more improvised and creative, acrobatics feel more dynamic, and interacting with the environment is more fluid than ever. Explore a massive New York with no limits and take on some of the Spider-Man franchise’s most prominent villains, including Scorpion, Kingpin, and Electro.

Scream your way through a Resident Evil game like never before as the series steps into the isolating first-person perspective with Resident Evil 7. Set in an abandoned southern farmhouse, unravel the story that has driven Ethan Winters to the derelict plantation in a search for his wife. Survive the cannibals, enjoy the photorealistic experience, tense atmosphere, and get up close and personal with the most immersive Resident Evil to date.


Explore and discover the beautiful Tsushima, equip powerful armor and weapons sets, and as Jin, fight back against the Mongol horde that threatens your home. Use nature to uncover new landmarks, head for smoke plumes to enemies, people in need, or villages. Learn to block, dodge, and parry against enemies where timing and precision are crucial to survival. Your survival is the only thing that can save Japan. 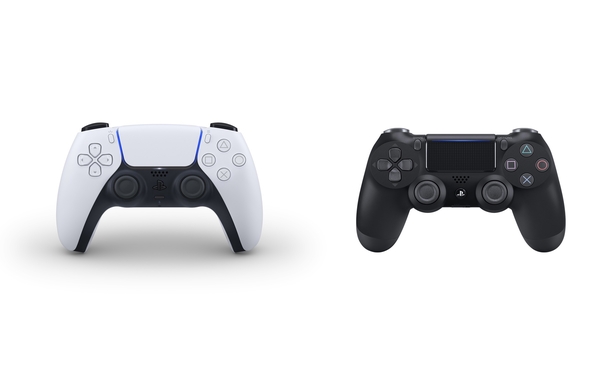 The PS5 will not play all PS4 games, but Sony has announced that more than 99% of PS4 games will be playable on the next-generation console.

PlayStation VR games are also backward compatible and will be playable on the PS5 console. You can also stream PS4 games to the PS5 via remote play.

All backward compatible games will be playable on the PlayStation 5 Standard Edition and PS5 Digital Edition.

Why Are We Doing a Top 15 PS4 Games Playable on PS5 List?

PS4 Games Playable on PS5 are available at incredible prices, but with so many to choose from, we want to help you pick the game that’s right for you.