15 of the Best Indie Games and Compare Prices

“You want to play a Indie Games, but don’t know which one to choose?

Luckily Allkeyshop is here to help you with this top 15 of the best Indie Games!”

Play the ultimate betrayal game as ten players enter and try and prepare their spaceship for departure, unaware that imposters are among the group. As a crewmate, complete tasks, keep an eye on other crewmates and vote to eject the imposters before they kill everyone onboard. As an imposter, work alone or with others, and use sabotage, deceit, and stealth to divert suspicion and kill the crewmates.

Among Us System Requirements


Drop into the ultimate theater of war with a realistic World War 2 FPS. Fight on the ground, in tanks, or take control of artillery, in open-battles that support 100 players. Select from one of 14 roles, build defenses, use teamwork, or play as the commander of your team, leading them to victory using your abilities and tactical map.

6. Golf With Your Friends


Fly the most advanced fighter jets in the world and fight through intense missions as an ace. Learn the art of dogfighting and survive in the most hostile combat zones set in an alternative history. Fly dozens of aircraft and use more than 40 weapons across several game modes, and do it all in VR.

Dance to the music in this cute and colorful rhythm game, where your ability to keep to a beat determines victory. Play to more than 30 songs, several music styles, multiple scenes, enemies, and bosses. Dance, kick, and get into the rhythm with Muse Dash.


Play as a detective with a unique skill system and a whole city to carve your path across in a multi-award winning RPG from developers, ZA/UM. There are four primary abilities: Intellect, Psyche, Physique, and Motorics, each of these has six secondary skills, resulting in a combined 24 skills. The game has a secondary inventory system, the Thought Cabinet. Thoughts can grant the player character permanent benefits or adverse effects.


Fight the undead, scavenge through the flooded ruins of New Orleans and face gut-wrenching decisions – all in virtual reality. Survive your way. Face the undead with guns blazing, or sneak and hide amongst them. Earn valuable resources doing missions and risk your life to protect or murder anyone who stands in your way. In VR, The Walking Dead comes to life and gives you freedom of choice. Use melee, ranged, and makeshift weapons. Knock undead heads clear off, creep through streets and scavenge and scale sides of building, cars, and walls to ambush enemies. It’s your life, live The Walking Dead.


Play as a Hunter or a Witch and play the most epic game of hide and seek. As a Hunter you will search through maps using the tools at your disposal to detect and trap the Witches. Witches are tasked with escaping the Hunters and can mimic any physical object and can use spells to fly or distract the Hunters.

What is an Indie Game?

An indie game is a video game typically developed by a single person or small team. 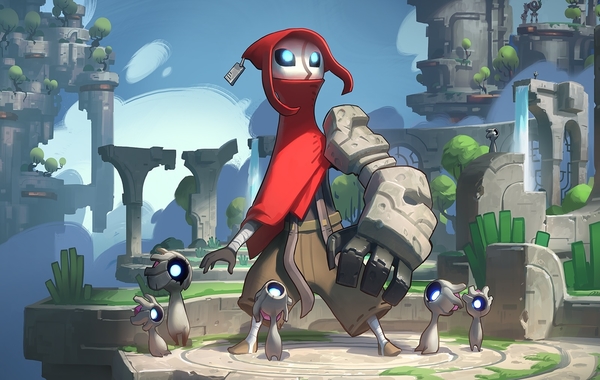 Some consider them to be the most innovative video games due to the freedom of creativity they have compared to larger games.

Thanks to platforms like Kickstarter, Steam, and EPIC, it is easier for independent companies to develop and publish their game themselves.

Why Are We Doing a Top 15 Indie Games List?

Indie Games are available at incredible prices, but with so many to choose from, we want to help you pick the game that’s right for you.