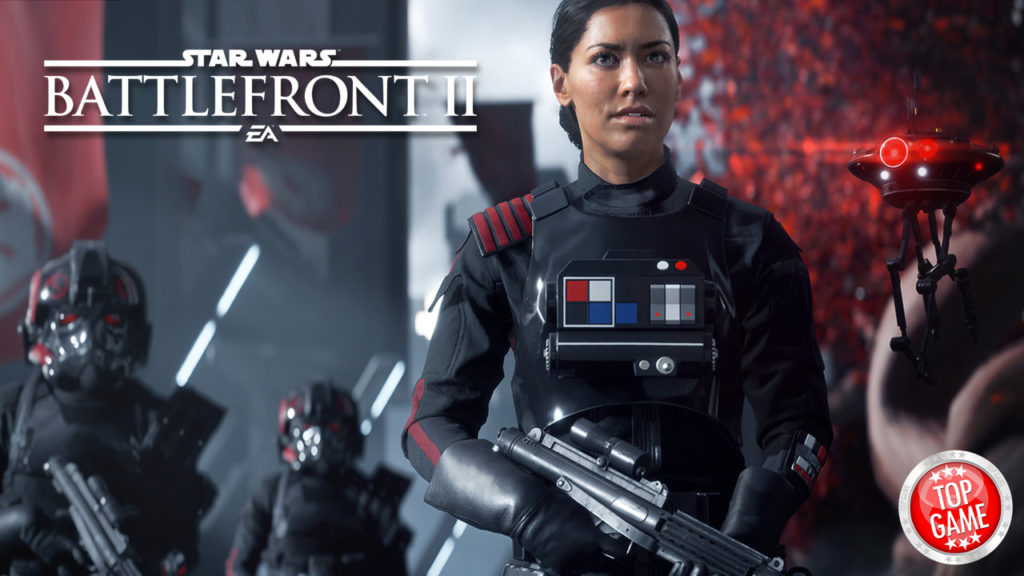 If recent Star Wars trailers have showed anything, it’s that the women of Star Wars are totally badass. The new single player campaign trailer released for Star Wars Battlefront 2 only confirms that.

The trailer starts off with Iden Versio escaping from the Rebels by launching herself into space, giving off a mocking salute as her pursuers watch helplessly on. If that isn’t badass, I don’t know what is.

We then see a few familiar bits — the second Death Star explodes, Versio learns of the Emperor’s death, and Operation Cinder is put into motion. Inferno Squad then goes on a vengeful rebel hunt, with their crosshairs finding even Luke Skywalker.

Girl power isn’t where the similarities end between The Last Jedi and Battlefront 2’s trailers. Both hint at their respective protagonists doing a complete 180, albeit to opposite sides. The movie’s ends with Kylo Ren offering his hand to Rey, as if telling her to join the Dark Side, while the game’s shows scenes where Iden Versio defies orders from her father. We’ll have to wait and see if either go through with it.

Star Wars Battlefront 2 will be out on November 17 for PC, Xbox One and PS4.

Can’t wait to play the single player story? Are you rooting for a redemption story for Iden? Still on the fence because of the loot box mess? Tell us all about it in the comments below.

Star Wars Battlefront 2 beta testers were unhappy with how loot boxes and progression worked and DICE has come out to address those concerns.

As long as Iden Versio doesn’t defect to the rebellion, the single player story could be pretty great.﻿ 🙂