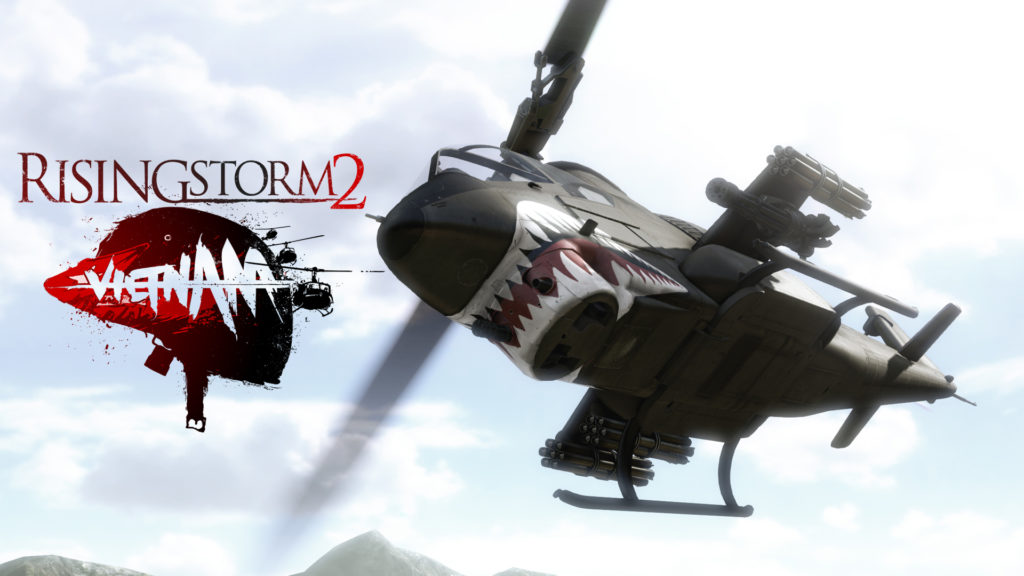 Rising Storm 2 Vietnam’s multiplayer features intense, action-packed battles between US forces and the Vietnamese. Each side has its own unique abilities as well as tactical advantages which include Napalm Strikes, Artillery Barrages, surface-to-air missiles, traps, and ambushes, among others.

A wide array of authentic period weapons are included in the game. These weapons include the M16, M14, M60, M79 and M3 Grease Gun for the American forces, and the Type 56 Assault Rifle, RPG-7, MAT-49, SKS Carbine and others for the Vietnamese.

Ride of the Valkyries

Three different helicopters are available for players on the US side: the UH-1H “Huey” transport, the OH-6 “Loach” light recon, and the AH-1G “Cobra” attack helicopter.

Each map in the game fully recreates the Vietnam experience from famous jungles, cities, rolling hills, US Firebases, rice fields, plantations, and many other authentic locations.

Rising Storm 2 Vietnam now allows you to customize your character with additional uniform and equipment variants which you can earn as you level up. These will include tattoos, head gear, clothing, glasses, and many more!

Rising Storm 2 Vietnam does not have a specific release date yet, but it is now available for pre-order on Steam.