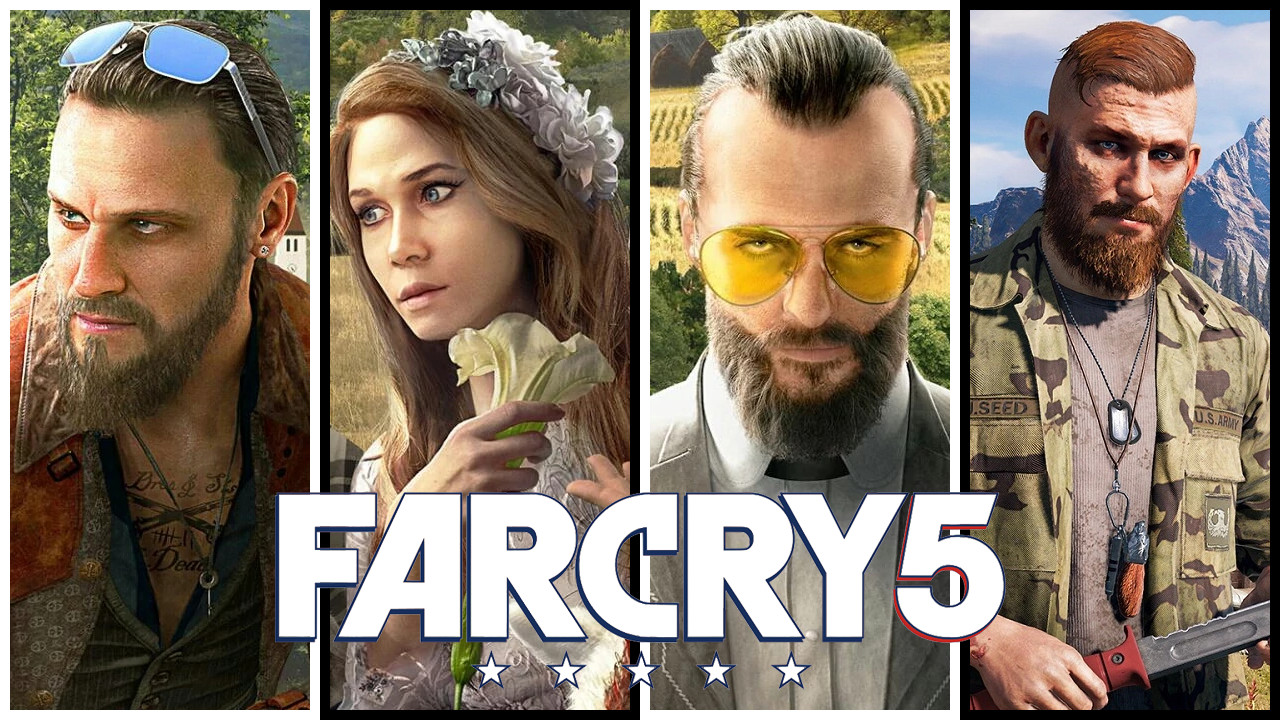 After introducing all your possible comrades from the resistance in the “Guns for Hire” trailer, Ubisoft now wants you to get to know Project at Eden’s Gate’s first family, the Seed siblings. With a set of four new trailers, now we get to find out more about Far Cry 5’s biggest baddies.

First up is Jacob Seed, eldest among the siblings. He is a US Army combat veteran that takes advantage of psychological conditioning enhanced by the use of drugs to turn new recruits into fanatical fighters. He’s also known to end anyone he sees unfit for the cause, an act he refers to as “culling the herd.”

John Seed is the youngest of the siblings. He is a lawyer with a “Yes Man” attitude. He’s definitely more charismatic than Jacob, but that’s not to say he’s not equally crazy. John’s forte is intimidation and he won’t hesitate to use force to get the job done.

Given the chance, Faith seed will put you under her spell, and then it’s too late for you. Acting as the voice of the Father, her main role is to act “as a divine instrument of chaos to keep the congregation in a state of bliss.” She doesn’t seem like the type who resorts to violence, but with this family, you can never tell.

Last, but definitely not the least, is the man at the top of it all, Joseph Seed. Better known by the followers of the Project at Eden’s Gate as The Father, he took control after a voice told him of the coming great collapse and charged him with saving as many lives as he can, whether they want it or not.

With the game’s release drawing closer and closer, more details have become available. It’s been confirmed that the game will have microtransactions but no loot boxes. The game’s premium currency will be called “Silver Bars” and can also be found in specific locations within Hope County. These can be used to purchase cosmetic items and time savers.

Far Cry 5 has a new trailer that gives us an in-depth look at the trusty canine companion, Boomer, who just might be the best gun-for-hire in the game.

Looks like a wicked family, can’t wait to play Far Cry 5, already played all their other titles except Primal!