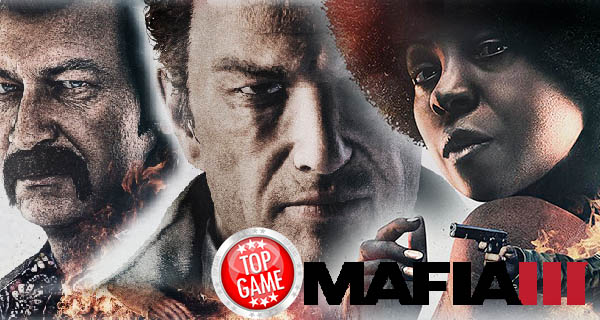 Get to know who the Lincoln Clay’s underbosses are in the Mafia 3 New Video.

Only a few more days and we all get to play Mafia 3. The game will be launched on October 7, 2016, (Friday). It can be played on PC, PlayStation 4 and Xbox One. Just a couple of days before its official release, a new video release lets us meet the new mob – Lincoln Clay’s underbosses. Each one of them had been a victim of the tyrannical Italian Mafia and would also want to exact their revenge on Marcano.

Clay’s underbosses are talented in very different ways. Cassandra AKA The Voodoo Queen is Clay’s main arms dealer and she also has access to some people in the telephone exchange, which is very helpful. Thomas Burke has set up a vehicle service for Lincoln and can deliver any type of vehicle wherever he is and whenever he needs it. Vito Scaletta is Clay’s mob administrator because of all of his connections, whenever Lincoln needs any back-up, Scaletta’s men is just around the corner. Scaletta also has connections to a medical doctor that can help Lincoln whenever he needs to be patched up.

Bring down Marcano and his Italian mob with Lincoln’s mob of unlikely allies. Not just by killing him, but hitting him where it would hurt most, destroying his empire and building up your own.

If you were not able to watch the previous videos about the underbosses. Get to watch them here.

Are you ready to play Mafia 3? Share with us what you think and shoot us a comment below.

Watch Mafia III’s Lincoln Clay In Action In New Trailer Take a look at what Lincoln Clay can do and as well as a quick introduction to the districts of New Bordeaux.