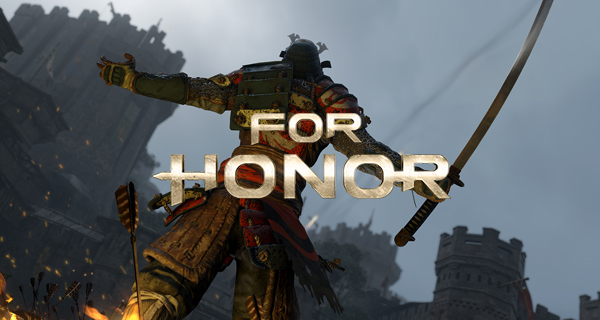 Ubisoft has announced a Closed Alpha for their upcoming game, For Honor. Happening from September 15th until the 18th, the For Honor Closed Alpha is only available for selected individuals who previously signed up on the game’s official website.

But this Closed Alpha is not going to be the first and last one, according to Game Director Roman Campos Oriola. “There will be more live periods in the future, so if you aren’t picked for this one, it does not mean you won’t be able try the game before it is out.” You can sign up for alpha and beta updates through www.forhonorgame.com.

Oriola also went on to clarify that the For Honor Closed Alpha is NOT a demo of the game. Instead, what players will experience is the game’s work-in-progress version. It does not include the game’s full content, nor its final quality.

The Closed Alpha, on the other hand, will include six playable heroes (out of the twelve heroes available in the full game), three out of the five multiplayer game modes, and three maps. 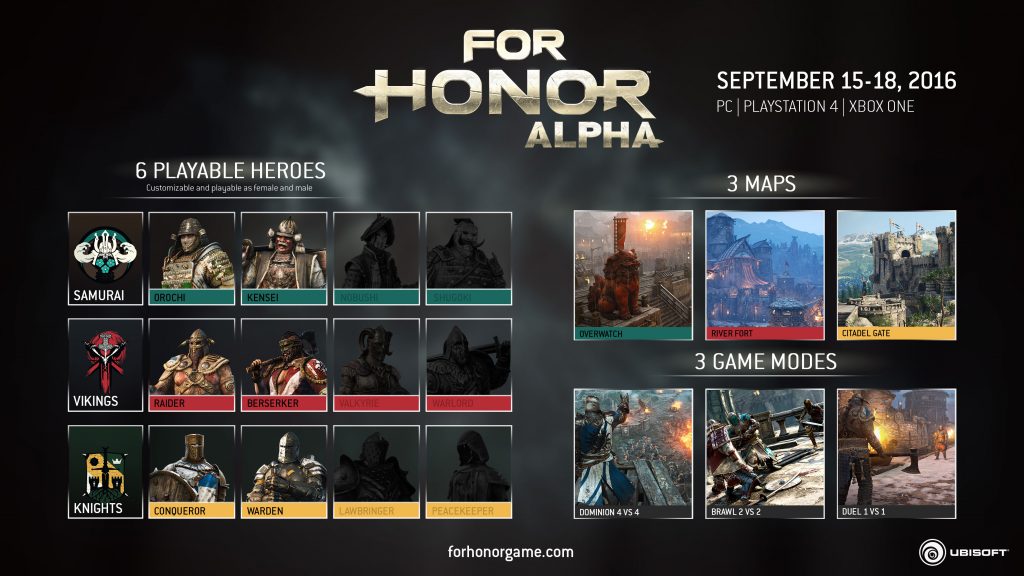 “The story campaign is not part of it, and the progression is limited. There are many features that have not been implemented yet, and many others that we still need to refine and polish.”

As the Closed Alpha does not have a Non-Disclosure Agreement, those who take part in it are allowed to stream, tweet, and talk about their experience during the Alpha. We are looking forward to see awesome gameplay videos soon.