Fallout 4: Awaken the Force With This Lightsaber Mod! 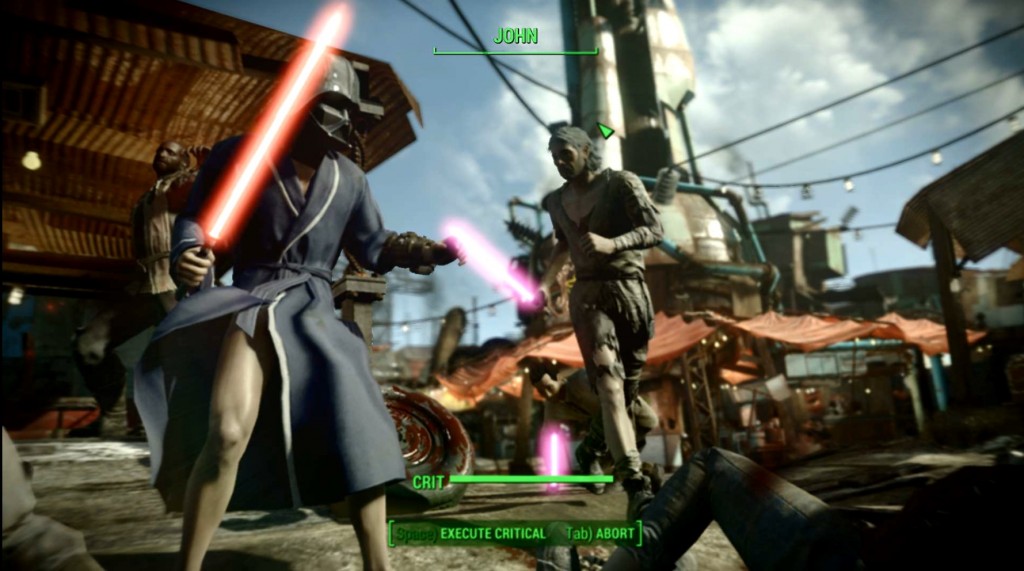 Fallout 4 brings endless possibilities when it comes to modding. With the huge popularity of the recently released Star Wars movie, Star Wars: The Force Awakens, fans and gamers alike take their crafting skills to another level by bringing the franchise’s popular lightsaber to the game.

This is all thanks to a modder called invalidfate. This awesome lightsaber mod is found on NexusMods, and its most recent update was posted on December 19th. Basically, what you’ll get is a lightsaber in four different colors (red, pink, blue, and green), plus a unique animation when equipping the weapon as well as a light source that is “similar to shishkebab one”. PC Gamer has reported that it also includes the lightsaber’s iconic sound effects when swished around. 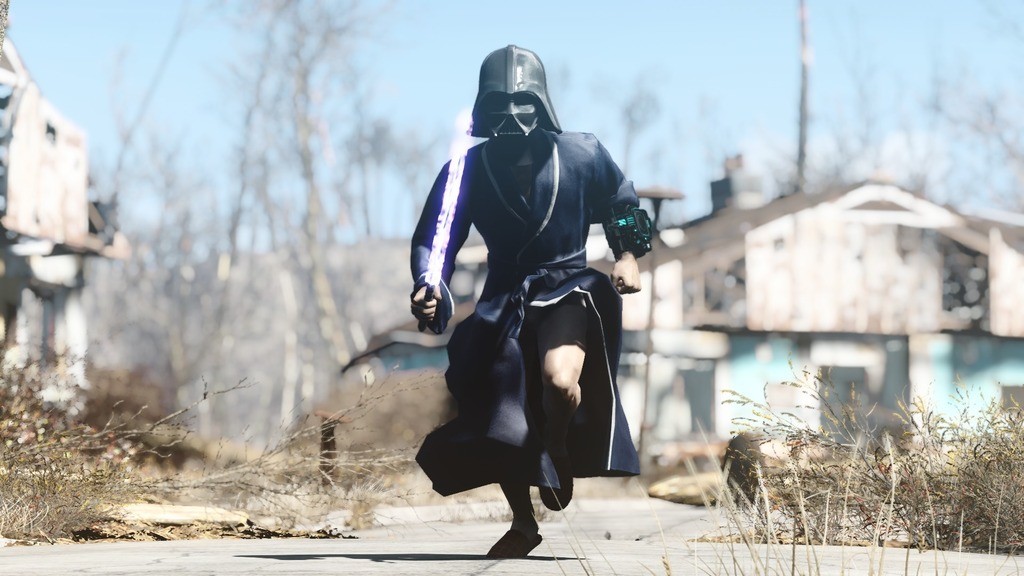 And if you want to complete the Star Wars look, Invalidfate also equipped a Darth Vader mask (also found on NexusMods). The weirdest thing, though, was his choice to use a black bathrobe as Darth Vader’s outfit. Nice try on that one!

Go ahead and try the lightsaber mod now, and let us know in the comments below how it went.

Missing out on some Fallout 4 modding fun? Get it at the lowest price now with our price comparison service! It’s available for digital download via Steam (PC), Xbox One, and PS4.

OMG SO GOOD!!! Fallout 4 is good but i cant play this game on my pc.

this is already funny reading this, cant even imagine how fun would it be to play it