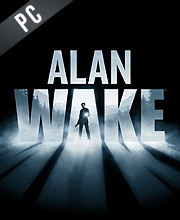 What is Alan Wake CD key?

It's a digital key that allows you to download Alan Wake directly to PC from the official Platforms.

How can I find the best prices for Alan Wake CD keys?

Allkeyshop.com compares the cheapest prices of Alan Wake on the digital downloads market to find the best sales and discount codes on trusted stores.

Alan Wake is a psychological survival horror game developed by Microsoft Games Studios and Remedy. You play as Alan Wake, who is in search of his vanished bride. You’ll find yourself in an intense world with a thrilling and dark atmosphere From a purely graphic point of view, the game engine handles marvelously for reduced or wide resolutions.

Game play side, the controls in this game are very simple but even better if you have a controller you can utilize. The duration of the game is better then many other similar titles and is extended by two bonus episodes present in the game. Its levels are very well made, the dialogues are very good, the soundtrack matches the proposed universe, and the sound effects are harmonious.

In short, thanks to the level of detail in all areas this game is sure you grab your attention and hold it thorough out. If your a fan of suspense and a rather dark atmosphere you are in for a real treat. Alan Wake is a great game that will be sure to please fans of suspense.

EPIC GAMES KEY : Region Free / Worldwide. Requires Epic Games Launcher App in order to play the game. You need to create a free account here in order to download Alan Wake from Epic Plateform . Read the description on the store page about any language or country restrictions.
GOG.COM CD KEY : You need to register on Gog.com, then use the GOG Key to download and activate your game to play Alan Wake.
PUBLISHER WEBSITE CD KEY: Use the CD Key Code to download directly on the Official Website or from the store to play Alan Wake. Follow the instructions given by the store. Verify languages available and possible region restrictions before buying.
EU STEAM CD KEY: Requires an EUROPEAN IP address or you must activate it with a VPN (Virtual Private Network) in order to play Alan Wake. Might have languages restrictions or language packs. Read the description on the store game page to know if the EU IP is only needed for activation or for playing also (maybe on EU Servers). Most of the stores offer you their help, or show you how to do this with a tutorial to follow.
STEAM GIFT : A Steam gift is a one-time transfer you receive. You activate and install Alan Wake to play on Steam, it is a non-refundable game that stays in your Steam games collection. Please read the store description about any language or region restrictions.
STEAM CD KEY : Use the Steam Key Code on Steam Platform to download and play Alan Wake. You must login to your Steam Account or create one for free. Download the (Steam Client HERE). Then once you login, click Add a Game (located in the bottom Left corner) -> Activate a Product on Steam. There type in your CD Key and the game will be activated and added to your Steam account game library.
STEAM POLAND CD KEY : Steam Key from Poland to download and play Alan Wake with English and Polish language only. Read the store description carefully about languages and restrictions.
Windows 10 Global : This is an Worldwide Microsoft code to play on PC for Worldwide . You need to have installed Windows 10 Anniversary Edition update on your PC. Log into your Microsoft account to download and play. Read closely the description given by the store to activate your game.
Bundle
Bundle 1
Collector Edition
Franchise Pack
Standard Edition
Compare Choose & Buy Download (583)

A psychological horror game that is worth playing. I recommend.

This game is worth to buy and play! Graphics and gameplay are just impressive!

I played this game is Horror game and he is amazing 🙂